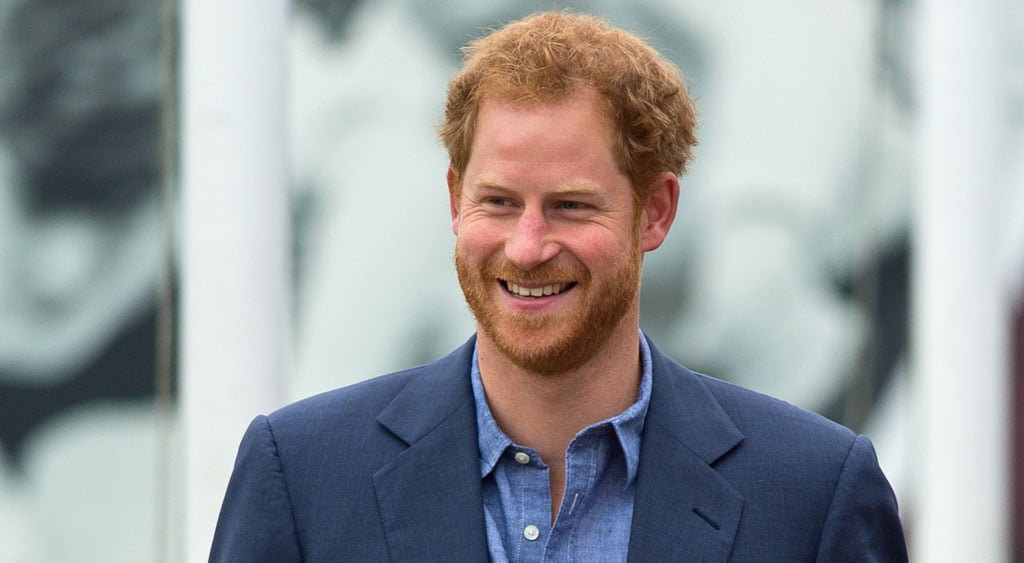 Prince Harry isn't a regular godfather, he's a cool godfather. The handsome royal recently opened up about the many children he currently has in his life (and the ones he hopes to have very soon) in a new interview with The Telegraph for its Mad World podcast. Harry, who has been dating Meghan Markle since last Fall, told host Bryony Gordon that he's been getting great practice for becoming a father thanks to his friends. "Yeah, I'm a godfather to quite a few of my friends' [kids]," the 32-year-old said. "Um, actually only five or six." When asked if he thinks he's a good godfather, Harry continued, "I'd like to think so. But I think the key to that is to grow up, but also to be able to stay in touch with your childhood side. If that means going to someone's house and sitting there and playing PlayStation and kicking the ass of their son on [video games] or whatever it is, then I'll try and do that. I've actually had a lot of practice for that."

Harry, who is also uncle to Kate Middleton and Prince William's two children, Prince George and Princess Charlotte, then talked about the possibility of starting a family of his own. "I, of course, I would love to have kids," he said. His statement should come as no surprise, as multiple people close to the royal have confirmed over the past few months that he and Meghan could be headed down the aisle. "They're deeply happy," a source told People in March. Little royal redheads really would be the best thing ever.

Billie Eilish
Billie Eilish Apologizes For Mouthing a Racial Slur: "I Am Appalled and Embarrassed"
by Kelsie Gibson 23 hours ago