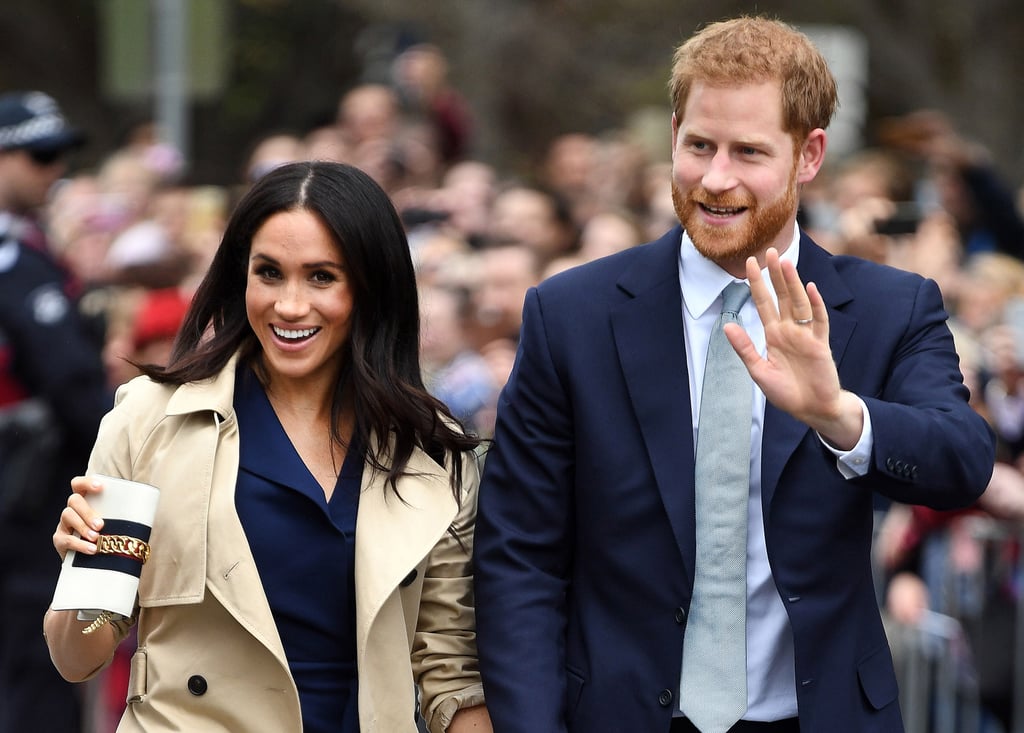 Prince Harry and Meghan Markle are clearly having a blast on their royal tour of Australia! In addition to giving us a closer look at their romance and bonding with kids, the Duke and Duchess of Sussex have been receiving gifts from their adoring fans left and right. After Meghan was gifted a huge bouquet of flowers from radio host Matt de Groot, Harry was treated to a beautiful serenade of his wedding song, "Stand by Me" by Ben E. King.

As Harry was greeting fans during his stop in Melbourne on Thursday, a choir broke into song and took off their jackets, revealing T-shirts with a photo from Harry and Meghan's engagement photoshoot printed on them. "Who's singing? Who's singing?" Harry asked before doing a little dance of his own. "Much better than the original!" he added. Watch the cute moment ahead!