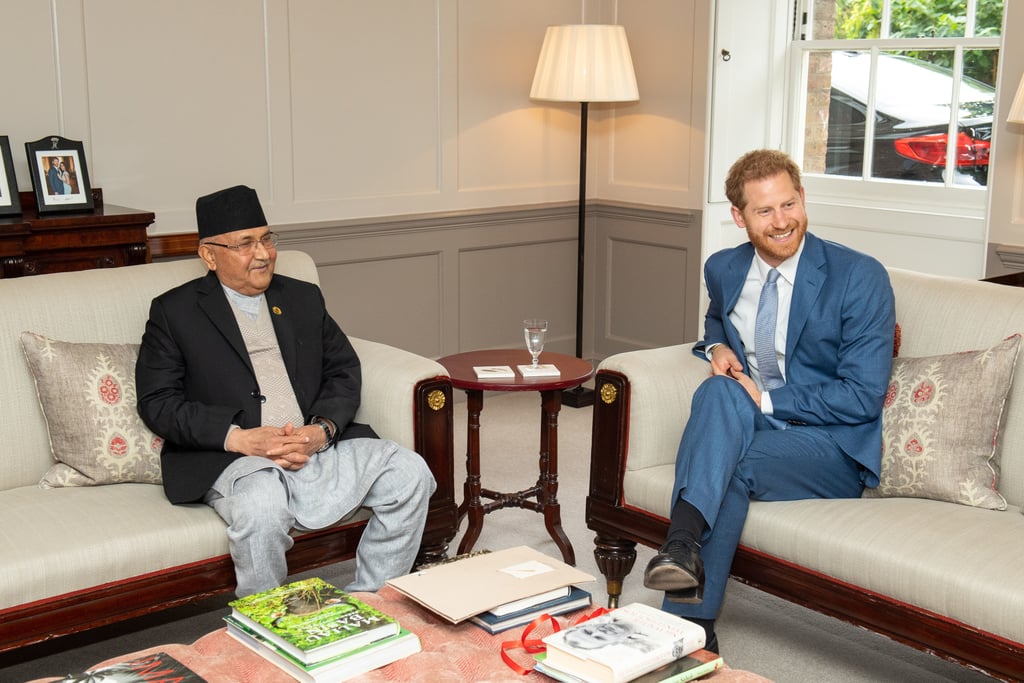 During Prince Harry's visit with the Prime Minister of Nepal, eagled-eyed fans spotted a rare photo of him with Meghan Markle. Even though the Duchess of Sussex is still on maternity leave, the royal found a way to keep his wife close by as he met with Sharma Oli and his wife, Radhika Shakya, at Kensington Palace on Tuesday. In the background of one of the photos, you can just make out a picture of Harry and Meghan.

While the photo hasn't been released to the public, it isn't the first time we've caught a glimpse of the cute moment between the royal couple. In May 2018, Queen Elizabeth II had the same photo at Buckingham Palace, albeit with a different frame. While Meghan is still on maternity leave following the birth of her first son, she did make a unexpected appearance at Trooping the Colour on Saturday. Hopefully she'll step out for more surprise outings in the future!

Related:
100+ Times Harry and Meghan Made Their Love For Each Other Loud and Clear
Previous Next Start Slideshow
Meghan MarkleThe RoyalsPrince HarryThe British Royals