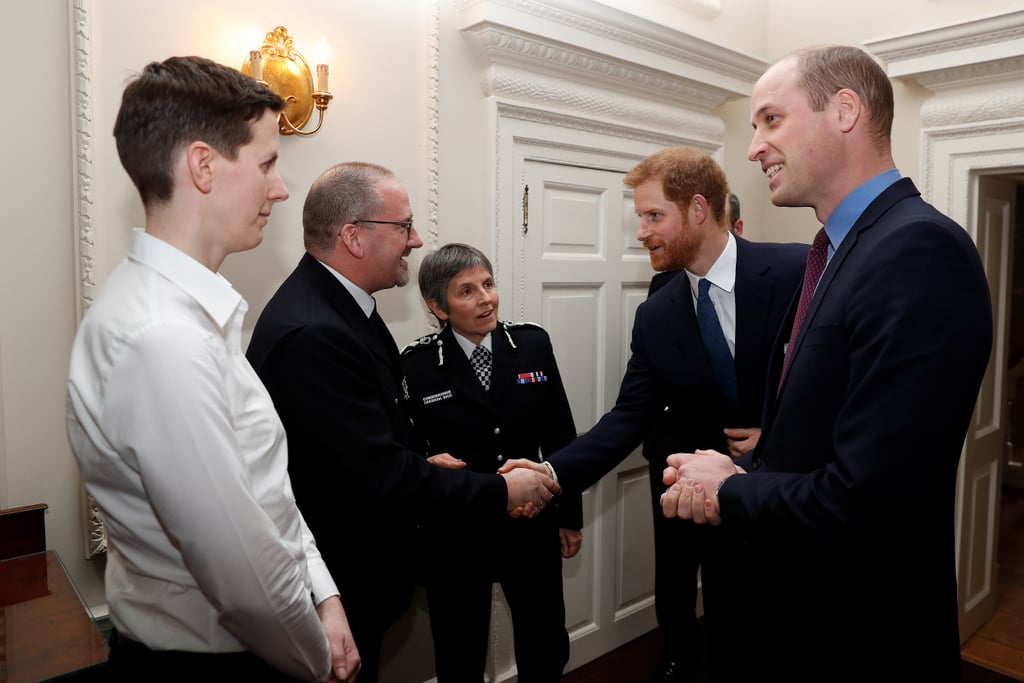 Prince Harry may be getting ready to tie the knot, and Prince William is gearing up to become a father of three (although we're not sure if he's still "in denial"), but the royals aren't letting their personal lives slow down the important work they're doing. After attending the Commonwealth Day service at Westminster Abbey in London with Kate Middleton and Meghan Markle just the day before, William and Harry hosted this year's winners of the Met Excellence Awards at Kensington Palace on Tuesday. The annual ceremony recognizes police officers, staff, and volunteers for their outstanding work in serving and protecting the public, and Harry and William looked delighted while speaking with them.

Unfortunately, Meghan and Kate weren't in attendance; Kate was busy meeting with representatives from Wimbledon and Coach Core to discuss children's tennis initiatives in the UK. It's been nearly three months since Harry and William had a brotherly outing with just the two of them, so we're happy to see them together again.

by Alexis Jones 2 minutes ago

by Shelcy Joseph 12 minutes ago