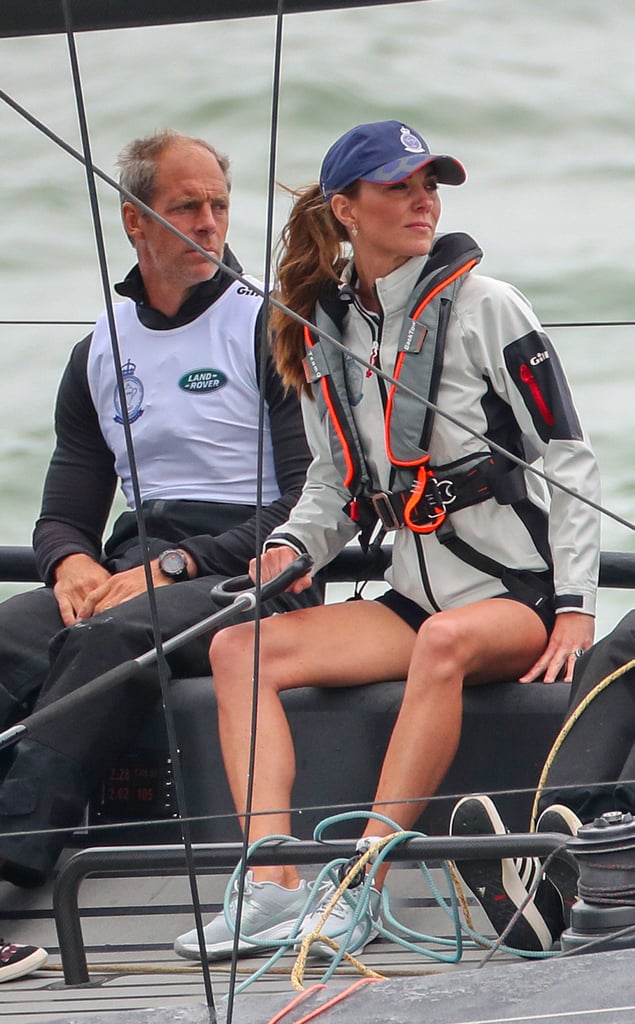 The Duke and Duchess of Cambridge traveled to Cowes on the Isle of Wight on Thursday to host a special boat regatta, The King's Cup, to raise funds and awareness for eight of the couple's royal patronages. William and Kate, who are both keen sailors, led two of the teams out on the water, while some very special spectators, Prince George and Princess Charlotte, watched from another boat with their grandfather Michael Middleton. Prince William's boat represented Child Bereavement UK, one of the patronages he took over from his mother, Princess Diana. The duchess competed on behalf of The Royal Foundation's Early Years programme. They were joined by a number of famous faces leading other charity teams, among them survival instructor and TV personality Bear Grylls, and comedian John Bishop.

The event was originally scheduled for Friday, but the great unpredictable British weather meant a decision was made to bring the event forward by a day for the safety of all involved. The Duke and Duchess and their teams seemed unfazed by this last-minute change, and as they arrived on site, they were raring to get with the competition. Once they were out at sea, we got a glimpse of both royals looking pretty focused on beating the competition! Later in the day, William and Kate will be back on dry land to present the King's Cup to the winning team: the cup itself is a piece of royal history, having first been presented in 1920 by King George V at Cowes' Royal Yacht Squadron.