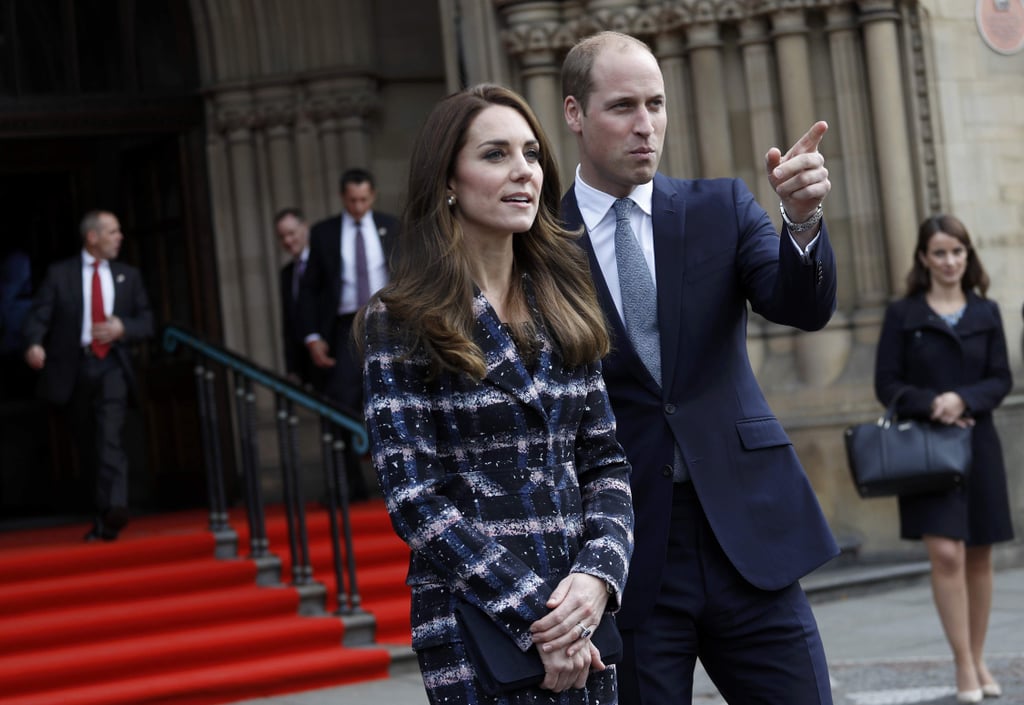 It's been a busy month for Kate Middleton! After returning from her first-ever solo tour in the Netherlands on Tuesday, she joined Prince William for a visit to Manchester, England on Friday morning. The royal pair were all smiles as they greeted people outside of the National Football Museum, where some members of the crowd were wearing hilariously frightening paper masks of the Duke and Duchess, Queen Elizabeth, and Camilla Parker Bowles. While inside the museum, William showed off his soccer skills in a simulator, which he no doubt aced thanks to all the times he's played with brother Prince Harry.

Later on, Kate and William made their way to the National Graphene Institute at the University of Manchester, where Kate laughed and looked on in her checked Erdem coat as her husband squeezed into a BAC "Mono" Car. Maybe his grandmother can learn to drive that next? In addition to Kate's tour of the Netherlands, the trip to Manchester comes hot on the heels of William and Kate's recent trip to Canada with their adorable children, Prince George and Princess Charlotte. 2016 is only a few months away from coming to a close, but hopefully the royal family has plenty more fun events in store.