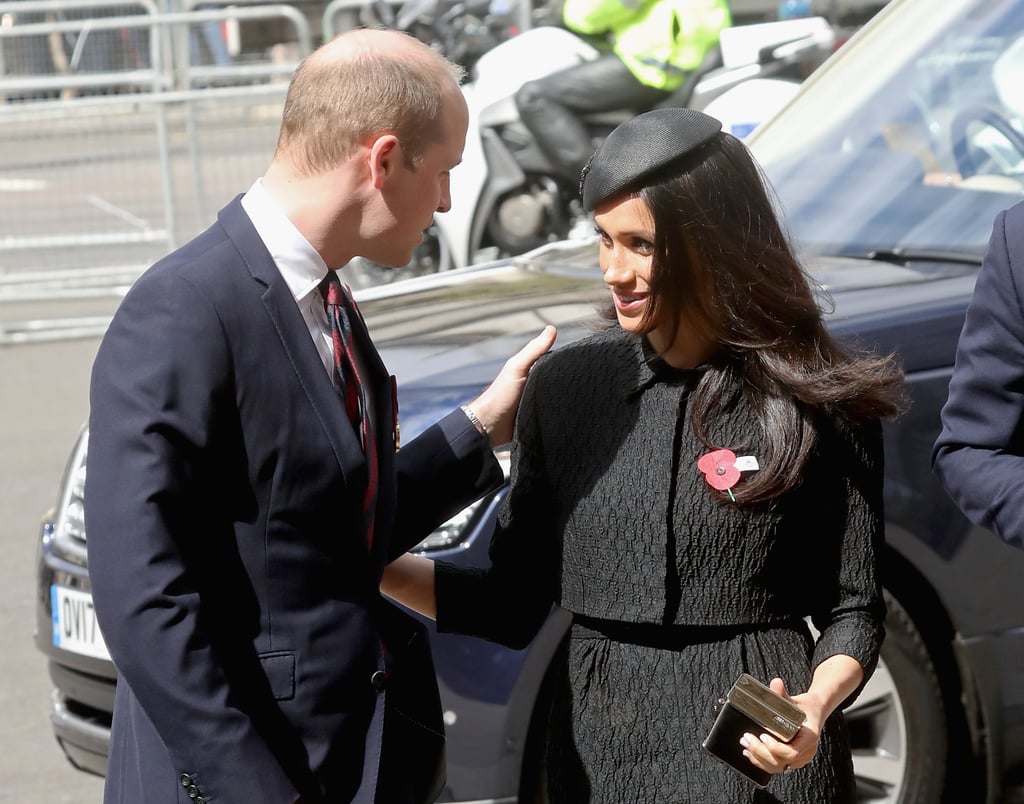 How Well Do Prince William and Meghan Markle Actually Get Along?

It's been mere months since Meghan Markle officially joined the British royal family, but by most accounts, she's been a seamless addition. Meghan and Kate Middleton are said to have a "wonderful friendship," and their warm public interactions serve as further evidence of that. It's obvious that she shares a special bond with Prince Charles since he escorted her down the aisle during the royal wedding in May. And she's even in the good graces of Queen Elizabeth II, who is reportedly impressed by Meghan's intelligence, politeness, and eagerness to learn.

But how does the newest Mountbatten-Windsor get along with her brother-in-law, the future King of England, Prince William? It appears that relationship is going swimmingly as well.

Meghan and William were reportedly introduced for the first time in the Fall of 2016, when Harry brought Meghan to Kensington Palace to meet his brother. Reports that the pair "got on fabulously" followed. Around the same time, Prince William publicly showed his support for Meghan by releasing a statement via Kensington Palace that defended Harry's plea for the press to stop harassing Meghan (simultaneously confirming their relationship). It said: "The Duke of Cambridge absolutely understands the situation concerning privacy and supports the need for Prince Harry to support those closest to him."

Related:
You'll Love Looking at Meghan Markle and Kate Middleton's Royal Milestones, Side by Side

One year later, when Harry and Meghan's engagement was publicly announced, Prince William, along with his wife, once again spoke out in support saying, "We are very excited for Harry and Meghan. It has been wonderful getting to know Meghan and to see how happy she and Harry are together." Kate later shared with reporters at an event that, "William and I are absolutely thrilled. It's such exciting news."

Another indicator of Meghan's and William's friendship, and perhaps their bond as in-laws, is Meghan and Harry's decision to live at Nottingham Cottage in Kensington Palace. The residence is practically next door to William and Kate's apartment, and is telling given that Harry and Meghan could have chosen to reside almost anywhere — including the Adelaide Cottage on the Windsor Castle estate that they received as a wedding gift from the Queen.

Related:
8 Times Prince William and Meghan Markle Showed Us That They're Already Family

It appears all of this is a solid foundation upon which Meghan and William will build in the future. According to former royal butler Grant Harrold, who spoke to The Daily Express, Meghan "will take on duties on behalf of the monarch as we see the Royals do today for the Queen.," which means Meghan will play an even more important supporting role once William takes the throne.

And if each of these positive reports isn't example enough, one can look to images of the duo interacting during public outings for further proof.