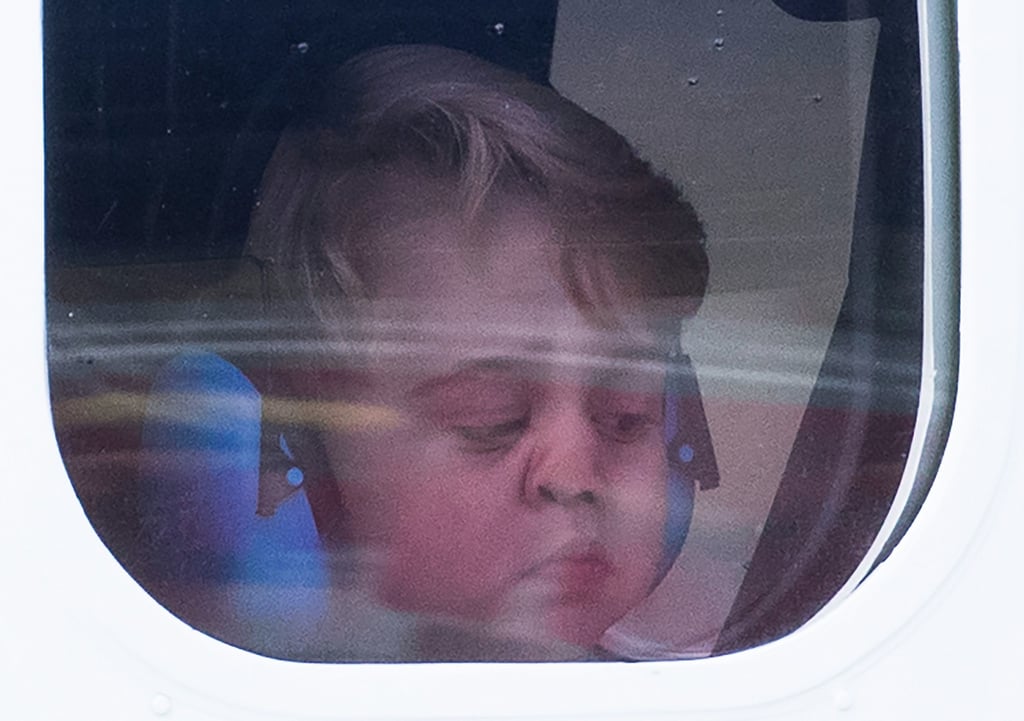 Uh-Oh, There's a Big Issue With Those Cute Pictures of Prince George on a Plane

You guys, we should have known those adorable pictures of baby Prince George smashing his sweet face against the plane windows when he travels were just a little too good to be true. Those pictures from the royal family's trip to Canada last year with George wearing his big headphones and pressing his nose against the window to wave goodbye were actually part of a huge breach of royal protocol. According to royal rules, two direct heirs — Prince William and Prince George — should never fly on a plane together so that the lineage is protected in case of an accident.

Prince William and Kate Middleton first brought Prince George on a plane with them when they did a royal tour of Australia and New Zealand in 2014, which partially made headlines due to the broken royal rule. However, it was thought that the royal couple didn't want to travel separately from 9-month-old George for two reasons: they wanted to keep the family together, and it was more cost efficient to all travel together.

William and Kate, who are no strangers to bending the rules, didn't seem too bothered by this one either, considering they packed up Prince George — and Princess Charlotte — for their 2016 trip to Canada, traveling on several planes as a family. Only time will tell if the royal family chooses to adhere to the royal rule as Prince George gets older. In the meantime, we just hope he keeps making those adorable faces in plane windows.