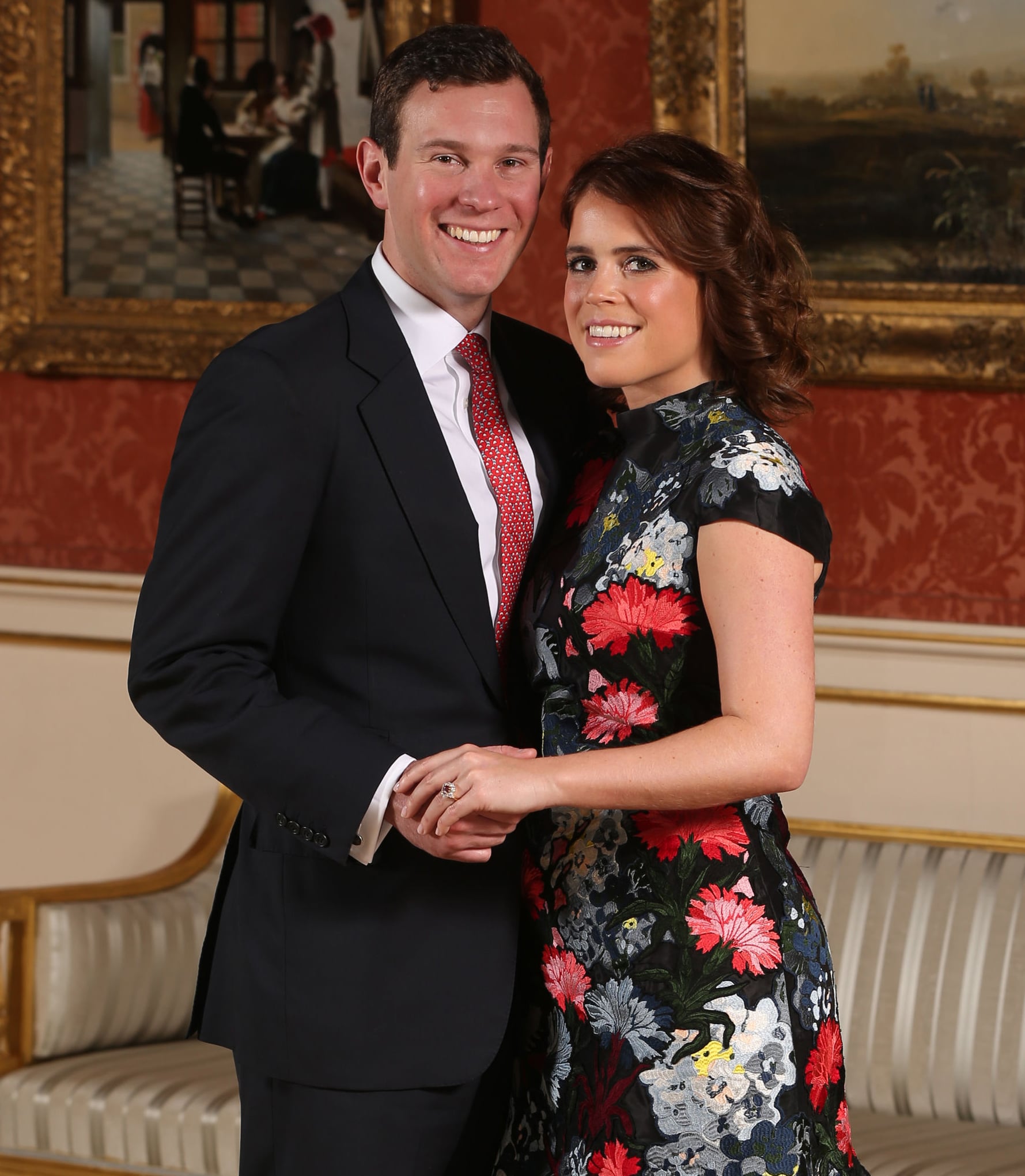 Princess Eugenie and Jack Brooksbank are hearing wedding bells! The couple, who first met while skiing in Switzerland back in 2010, made their love official when they got engaged in January. Even though their big day is still a few months away, details regarding their upcoming nuptials have already started trickling in. From the location to the star-studded guest list, here's everything we know so far about Eugenie and Jack's upcoming royal wedding!

Related:
Who Is Princess Eugenie's Fiancé? 5 Things to Know About Jack Brooksbank

The couple will exchange "I dos" in front of their family and friends at St. George's Chapel in Windsor, which also happens to be the same venue where Prince Harry and Meghan Markle are getting married in May.

Given the fact that a handful of Eugenie's friends are celebrities, it's possible that the royal wedding will be a star-studded affair. Everyone from Ellie Goulding to Ashton Kutcher and Mila Kunis to the Beckhams will likely be present at the wedding. The couple will also follow in Prince Harry and Meghan Markle's footsteps by inviting members of the public to their big day. The royal family revealed that Eugenie and Jack have decided to invite 1,200 members of the public, who will be able to "view the arrival of the congregation and members of the Royal Family, listen to a live broadcast of the marriage service, and watch the start of the procession as the couple depart at the end of the wedding ceremony."

It's being reported that Eugenie will reportedly follow in her mother Sarah Ferguson's footsteps and wear the York tiara on her special day. Sarah first sported the tiara when she married Prince Andrew back in 1986.

While Eugenie has yet to say "yes" to the dress, during a recent interview with BBC's The One Show with Matt Baker, Eugenie revealed that her dress will not have "meringue shoulders [because] that's a bit unfashionable."