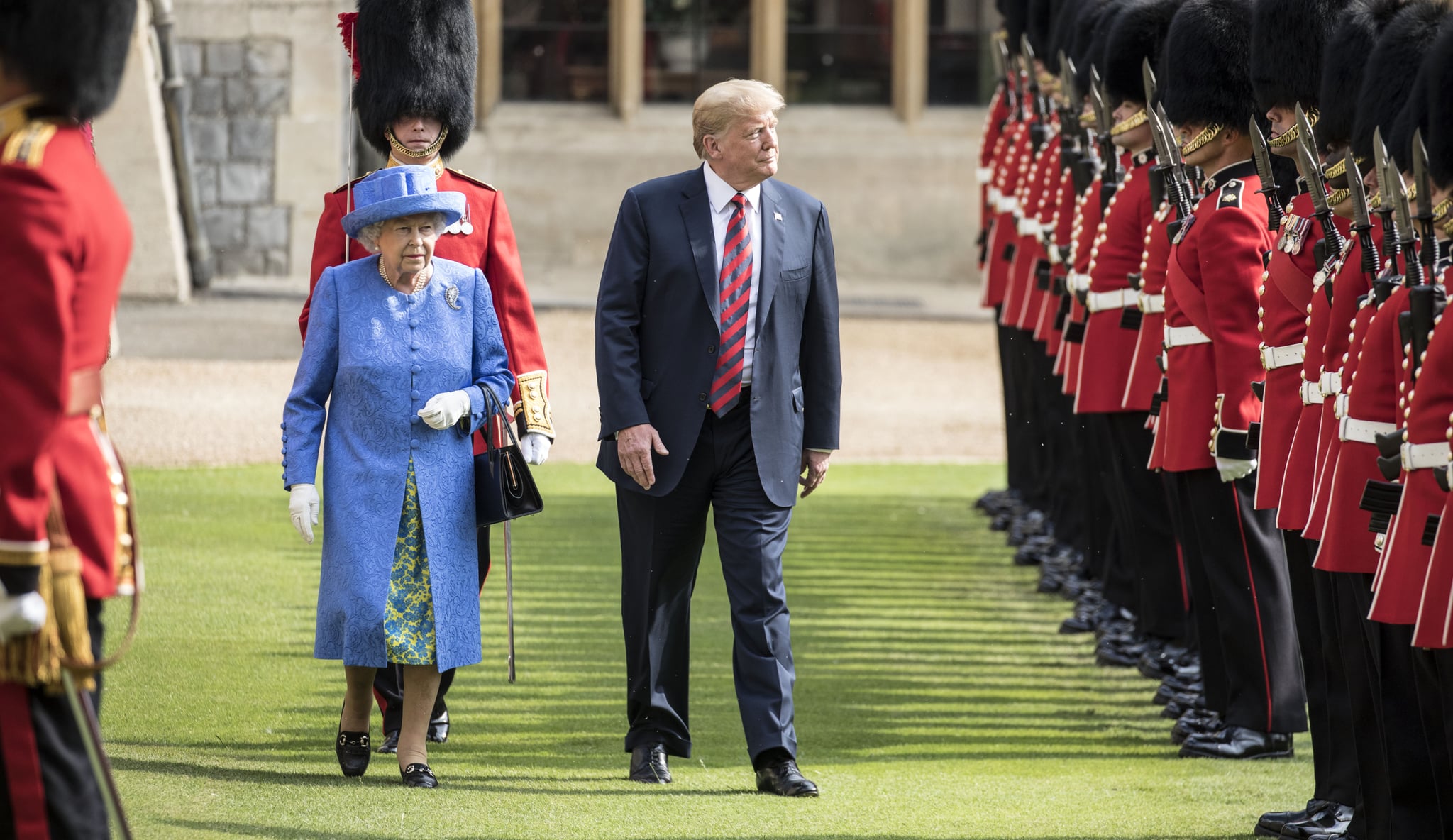 Queen Elizabeth II met President Donald Trump and First Lady Melania for the first time during the couple's trip to the UK on Friday, but not without a few mishaps. After greeting each other at the Quadrangle of Windsor Castle, the queen and Trump proceeded to inspect the Guard of Honor before watching the military march past. However, their casual stroll got awkward pretty fast as Trump seemingly forgot how to walk. As Her Majesty tried to show him which way to go, he actually ended up breaking royal protocol by turning his back to the queen and walking in front of her. Yes, really. See the whole thing go down in the video below.

Britain’s Queen Elizabeth walks around US President Donald Trump as they inspect the guard at Windsor Castle pic.twitter.com/2DWfIlTeMT