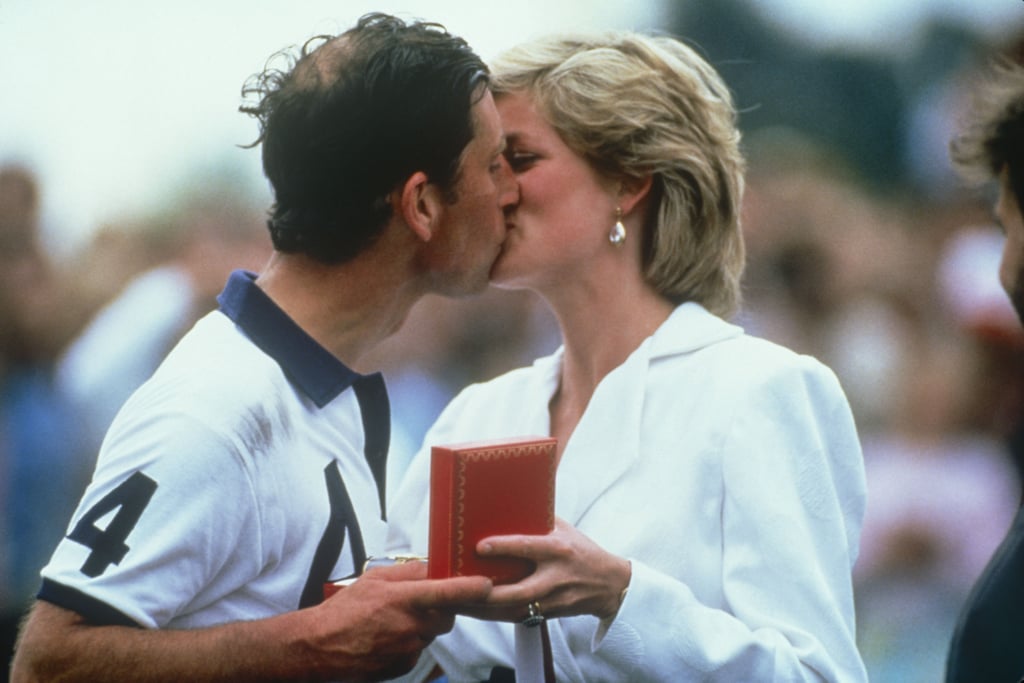 While Prince Harry and Meghan Markle aren't shy about showing PDA in general, they aren't the only royal couple to kiss and cuddle for the cameras over the years. We've seen Harry's brother, Prince William, and his wife, Kate Middleton, display rare PDA with subtle pecks, and his parents, Princess Diana and Prince Charles, also had a history of stealing celebratory kisses after a polo match.

Outside of sporting events, we've been able to see even more sweet PDA from the royals over the years, from high-profile wedding ceremonies — that Buckingham Palace balcony has sure seen some lip-locking — to random displays of affection around the world. There may be some official rules in place, but even the royals aren't immune from showing love every once in a while! Scroll through to see the royal couples who have given us a glimpse of their love for each other.