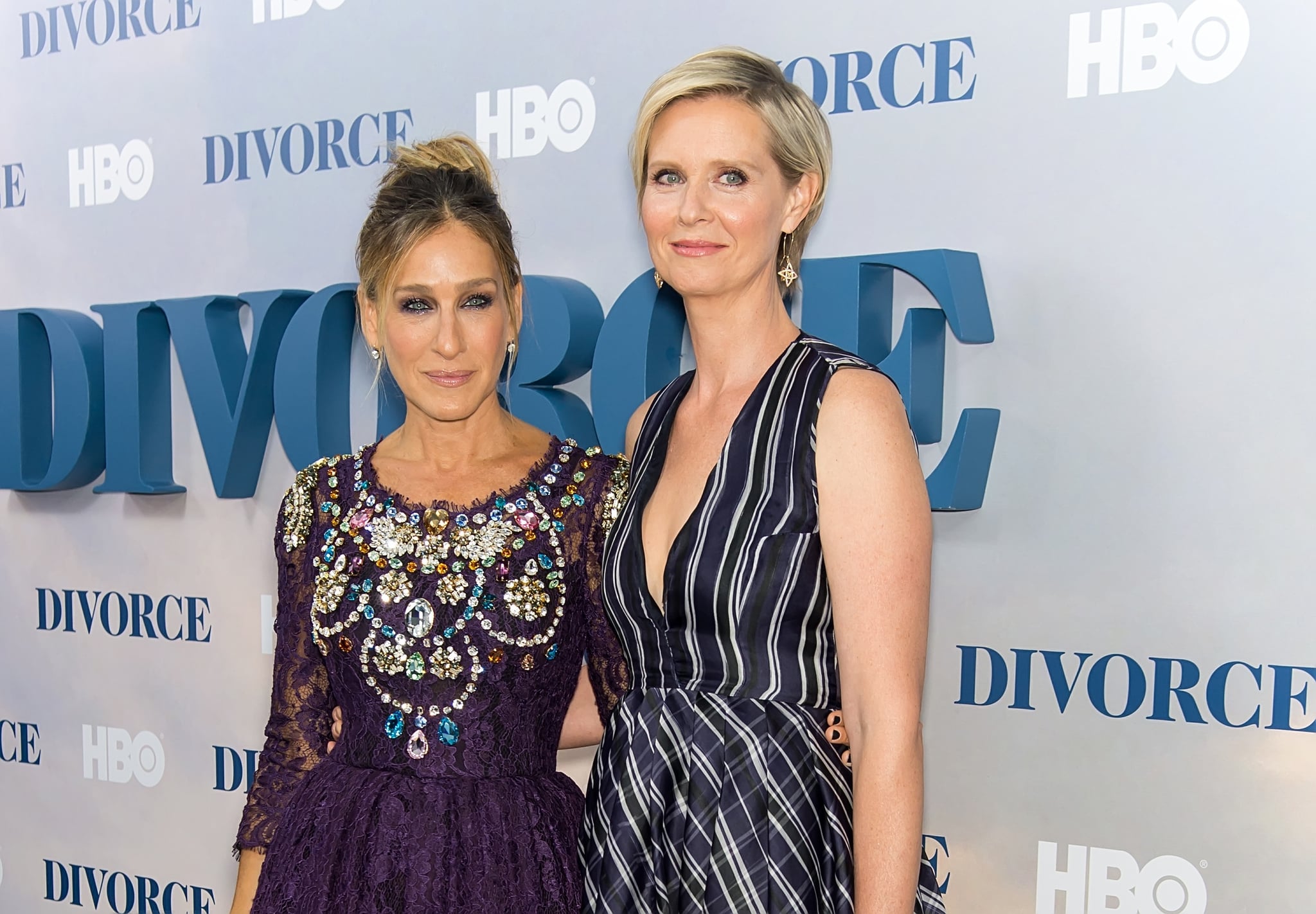 In her recently announced gubernatorial run, Cynthia Nixon can count on Sarah Jessica Parker's vote. The actress recently endorsed her Sex and the City costar and longtime friend in a touching post on Instagram. Sarah described Cynthia as, "A mother, an activist, an advocate, a fighter, a NY'er, a dear friend, running for governor of our great state," before adding, "My sister on and off screen, you have my love, support and vote."

Fans were originally unsure if Sarah would be supporting Cynthia after a recent statement made it unclear. On March 28, Sarah told Page Six, "Cynthia has been my friend and colleague since we were little girls. I look forward to talking to her about her New York state gubernatorial bid." Her new comments, however, make a definitive endorsement.

Related:
A "We Should All Be Mirandas" Tee Has Arrived, and We'll Take 1 For Everyone!

Cynthia's other Sex and the City costars have also commented on her gubernatorial bid. Kristin Davis tweeted her excitement and said, "No one cares more than she does about EVERY person getting a fair change and a good education. I know that she would be an excellent Governor!" Kim Cattrall's response, meanwhile, was a little more lukewarm. When asked by a follower for her thoughts, she simply tweeted, "I support and respect any former colleague's right to make their own career choices."

Cynthia seems to have supported Sarah through her infamous rift with Kim, which resulted in Kim recently sharing a strongly worded post describing Sarah as "cruel" and a "hypocrite." Shortly after the public fallout, Cynthia shared a sweet post with Sarah after the two ran into each other at a photo shoot.