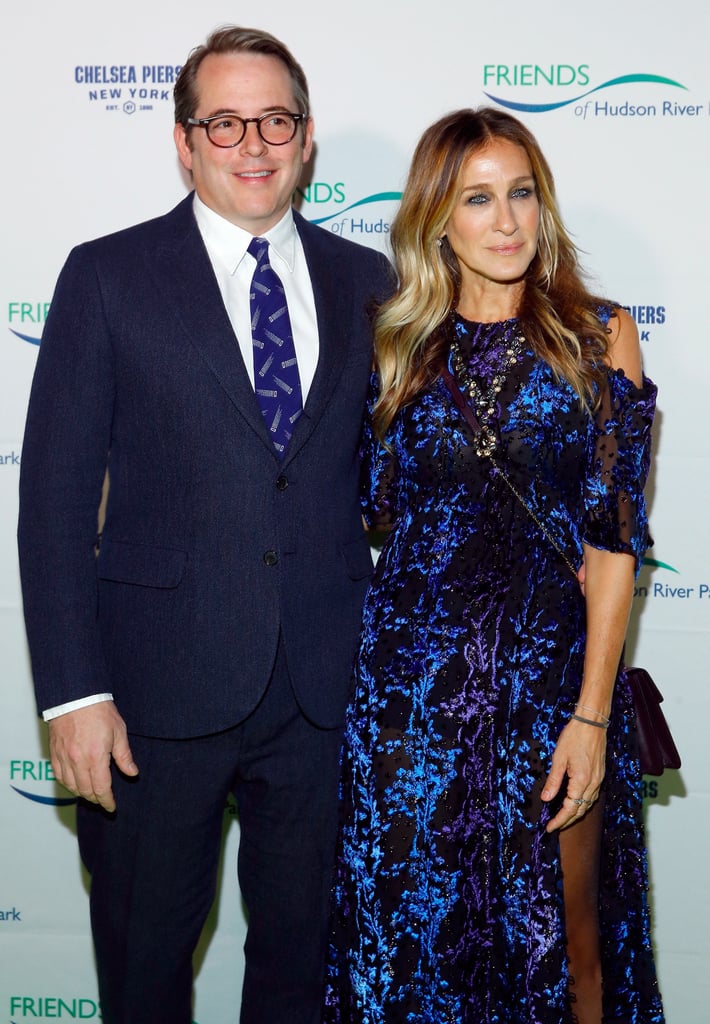 Sarah Jessica Parker and Matthew Broderick stepped out for the Friends of Hudson River Park Gala at Pier 62 in NYC on Thursday night. The couple, who are coming up on their 20th wedding anniversary, posed for photos together looking like prom queen and king; Matthew sported a blue printed tie that perfectly complemented Sarah Jessica's colorful gown. The actress has been out and about a lot this month while promoting her new HBO series, Divorce, and the similarities to Sex and the City have been a major talking point in her interviews. Not only did she open up about missing her character Carrie Bradshaw, but she also melted our minds with a theory about the show and reunited with her former costars on the red carpet.