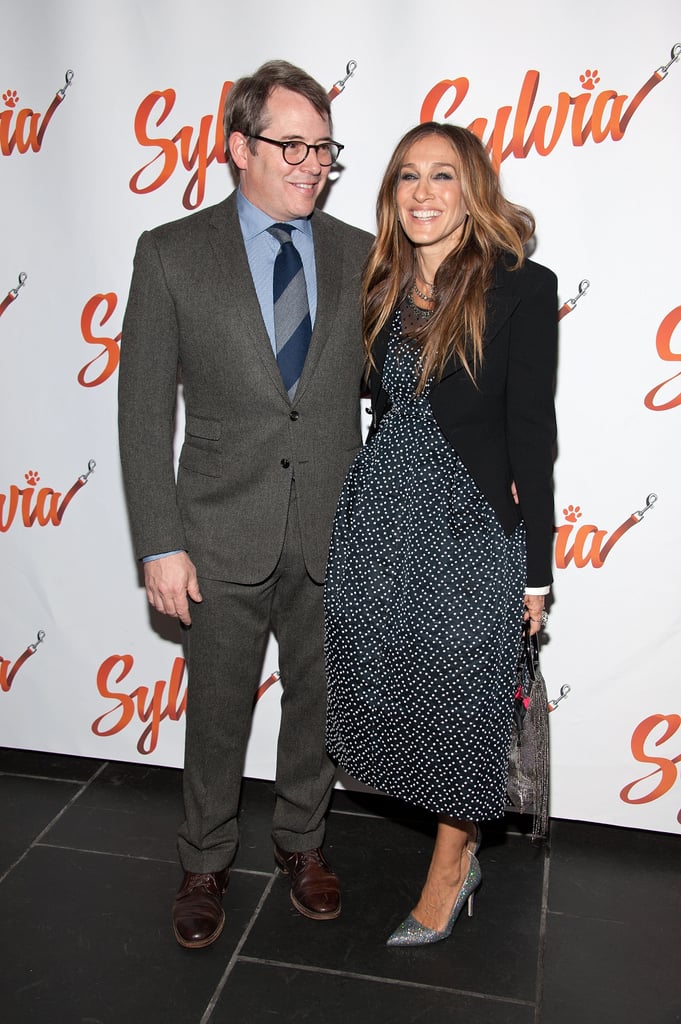 Sarah Jessica Parker was on hand to support her other half, Matthew Broderick, on his big night in NYC on Tuesday. Sarah, who wore a black and white polka dot dress, beamed as she posed for photos with her husband of 18 years at the opening night of his Broadway play Sylvia. Coincidentally, Sarah starred in the same production back in 1995 when it first debuted. Sarah and Matthew are avid Broadway show fans. In August, the pair had a picture-perfect date night at the opening night of the musical Hamilton, and earlier this month, Sarah and Matthew looked so in love at the first showing of It's Only a Play, which Matthew also starred in. Keep reading to see more of Sarah and Matthew's evening on Broadway.

Celebrity Instagrams
In Case You Forgot, Brenda Song and Macaulay Culkin Have Been Together Since 2017
by Monica Sisavat 11 hours ago

Celebrity Instagrams
Tan and Rob France Are Expecting Their First Child: "Our Hearts Are So Full Right Now"
by Monica Sisavat 11 hours ago