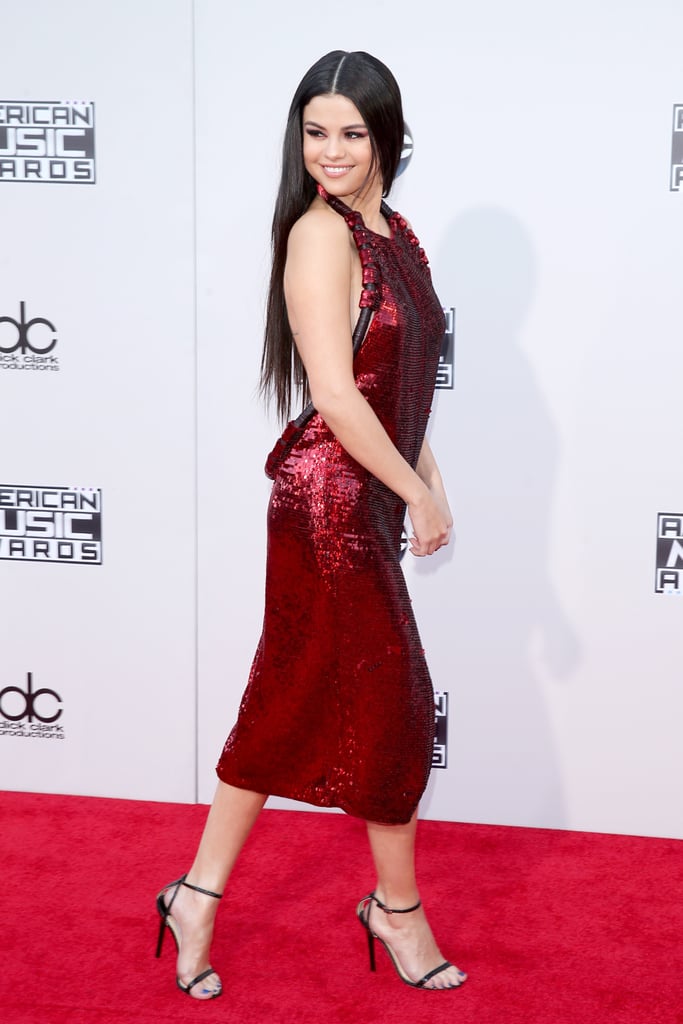 Just friends? Justin Bieber and Selena Gomez showed up at the American Music Awards in LA on Sunday, just one day after making headlines with a romantic evening at the Montage hotel — Justin serenaded Selena with the Temptations hit "My Girl" — and a touchy-feeling stroll through the city afterwards. While they walked the red carpet separately — Selena stunned in a backless sequined dress while Justin rocked jeans and a Nirvana tee — rumors have quickly begun flying that the former couple, who dated on and off from 2010 to 2013, could be back on.

Both Selena and Justin performed during the ceremony; Selena brought the house down with "Same Old Love," which coincided with their romantic night out, and Justin closed the show with his hits, "Sorry" and "What Do You Mean." Keep reading to see photos of Justin and Selena at the AMAs, then see all the stars on the red carpet.