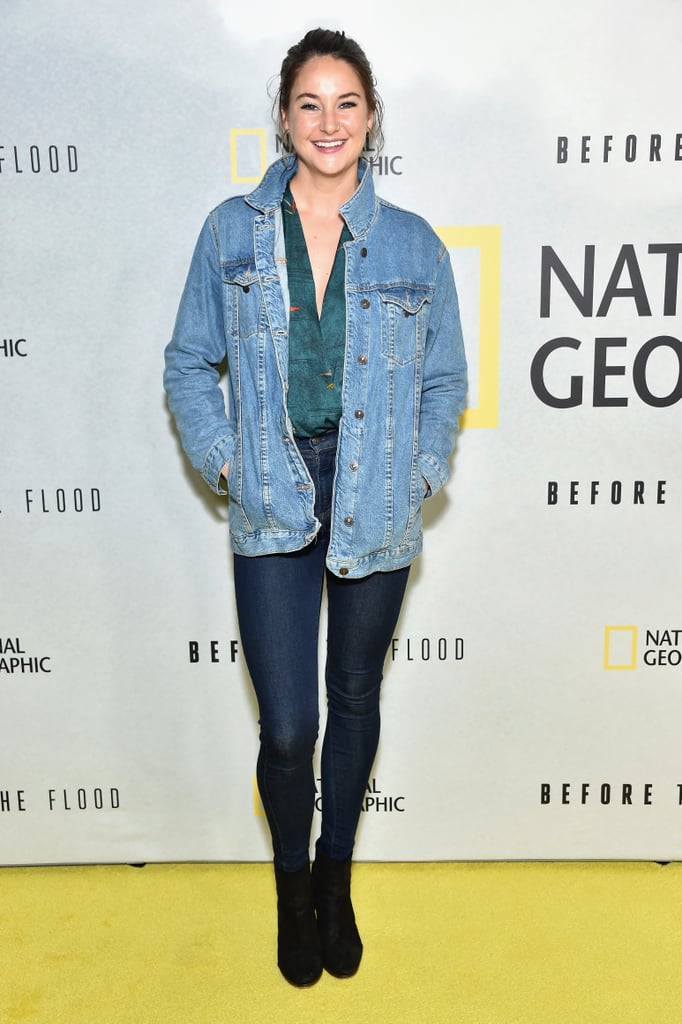 Environmental activist and actress Shailene Woodley was recently arrested for criminal trespassing and engaging in a riot when she joined a peaceful protest at the Dakota Access Pipeline, so it's only fitting that her first outing after the incident would be at the premiere for a climate change documentary. Leonardo DiCaprio's Before the Flood focuses on the impact of climate change on our natural resources, and the premiere was held on Thursday at United Nations Headquarters in NYC. The Big Little Lies actress beamed for photographers while looking casual and cool in an oversize denim jacket and skinny jeans. Since being released from jail, Shailene penned a heartfelt message to fellow protesters on Instagram, and celebrities like Ansel Elgort and Mark Ruffalo have spoken out in support of her actions.