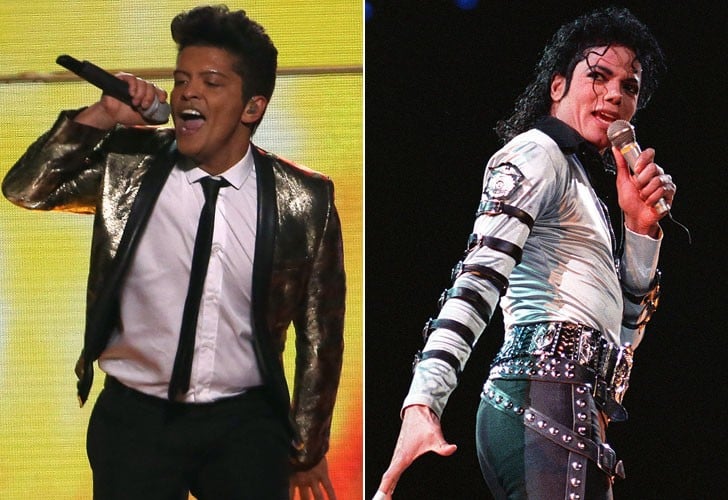 Let's get this out of the way first: no one can be the next Michael Jackson. What he did with his career was groundbreaking and extraordinary and paved the way for many of the pop acts that we're all currently obsessed with. Still, it's hard not to notice the similarities between the King of Pop and Bruno Mars. Although Justin Timberlake and The Weeknd have also clearly channeled Michael throughout their time in the spotlight, the "That's What I Like" singer has followed in nearly the exact same footsteps of his idol on his way to pop stardom. While Michael's throne will remain untouched, even Hollywood legends like Frankie Valli agree that Bruno might just be the next best thing.

Related:
A Bruno Mars Song For Every Moment of Your Wedding, Including the Last Dance
Previous Next Start Slideshow
Michael JacksonBruno MarsMusicCelebrity Facts

Netflix
Lauryn Hill Is Dropping a New Song on The Harder They Fall's Soundtrack, and We're Hype About It
by Njera Perkins 19 hours ago

Ed Sheeran
Ed Sheeran Is a Lyrical Genius, and His Tiny Desk Concert Is Proof
by Princess Gabbara 19 hours ago

Insecure
OK, Insecure's Soundtrack For Season 5 Is Full of Dope Throwbacks and Fire Songs
by Njera Perkins 1 day ago