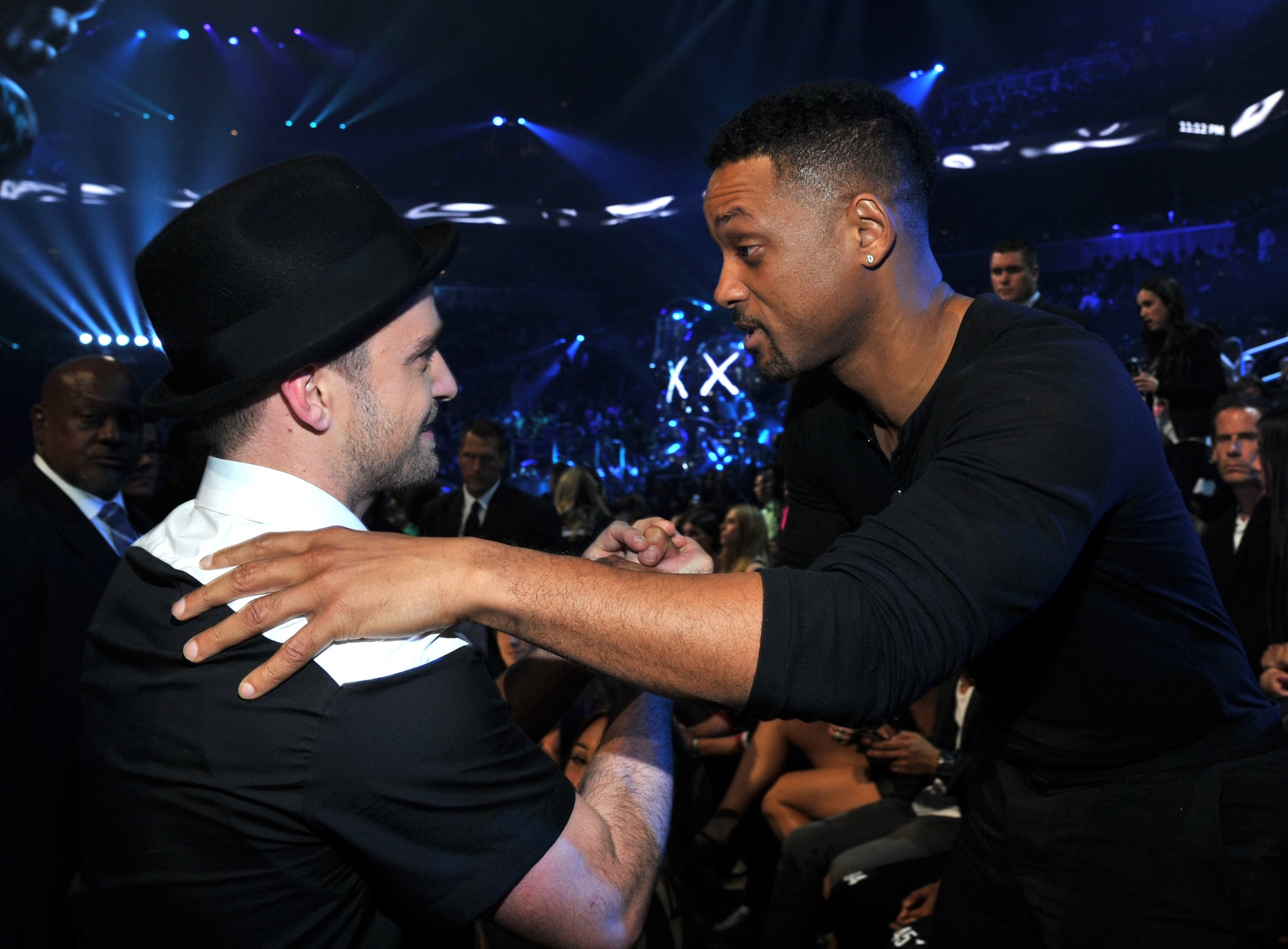 Will Smith has just joined Instagram, and in hilarious news we all needed this week, Justin Timberlake gave him a proper welcoming. JT shared this photo of the two at the 2013 VMAs, writing, "Welcome to Instagram @willsmith. This is called a #TBT. Which means Throwback Thursday. Which is a photo you post on Thursdays that you like, that was taken in the past. I like this photo because it's a photo of you and me. And we look like we are having a serious conversation about something very important. And that makes me feel important." This warms our hearts to begin with, but it gets better — Will responded to Justin's post in an Instagram video of his own.

"Thanks a lot, man, for the post and the brief education about Instagram. This is my first day, so I'm appreciating the hookup," he said. After explaining that he does in fact know what a #TBT is, he also took the opportunity to give Justin some advice since he's performing at the Super Bowl in February. "I heard you're doing the Super Bowl. I wanted to help you out. Things to avoid at the Super Bowl . . . just, like, avoid that," he said, pulling up his shirt, and I think you know where this is going. Rest assured, Justin already confirmed there will not be a repeat of "nipplegate" this time around.

Celebrity Instagrams
Chika on How PCOS Affected Her Skin and Confidence: "It's Something I Do My Best to Manage"
by Chanel Vargas 3 hours ago

Storm Reid
Storm Reid Loves Her Cherry-Red Pantsuit So Much, She Put on Beyoncé to Mark the Occasion
by Chanel Vargas 1 day ago