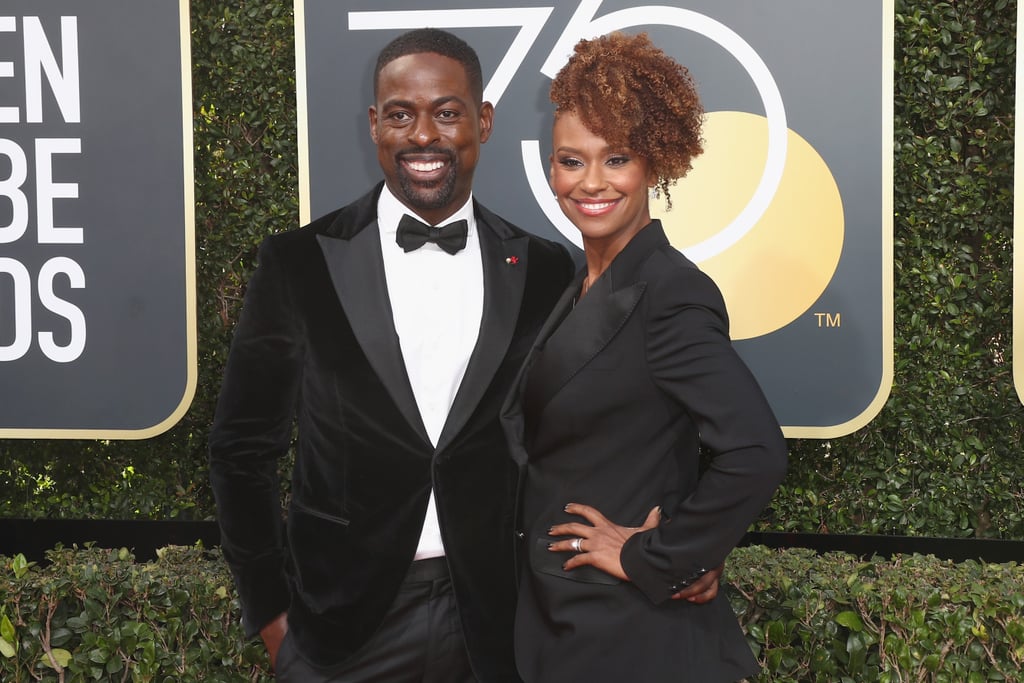 Sterling K. Brown and His Wife Both Rocked Tuxedos to the Golden Globes

We can always expect Sterling K. Brown to bring his A game to award shows in a dapper suit, but at the 2018 Golden Globes, his wife gave him a run for his money. Ryan Michelle Bathe donned her own fitted tuxedo — in black to stand in solidarity with other women in the industry, of course — while she and her man walked the red carpet.

Sterling, who is nominated for his role as Randall Pearson on This Is Us, had plenty of reason to flash his signature dazzling smile: the accolades for his work and having his beautiful wife on his arm for the big night! Ryan, who also appears in This Is Us, has plenty to be excited about, too — the show is nominated for best drama yet again this year.

Check out other celebrity couples on the red carpet, then follow along with the rest of our coverage for Golden Globes night.

by Pallavi Bhadu 23 minutes ago