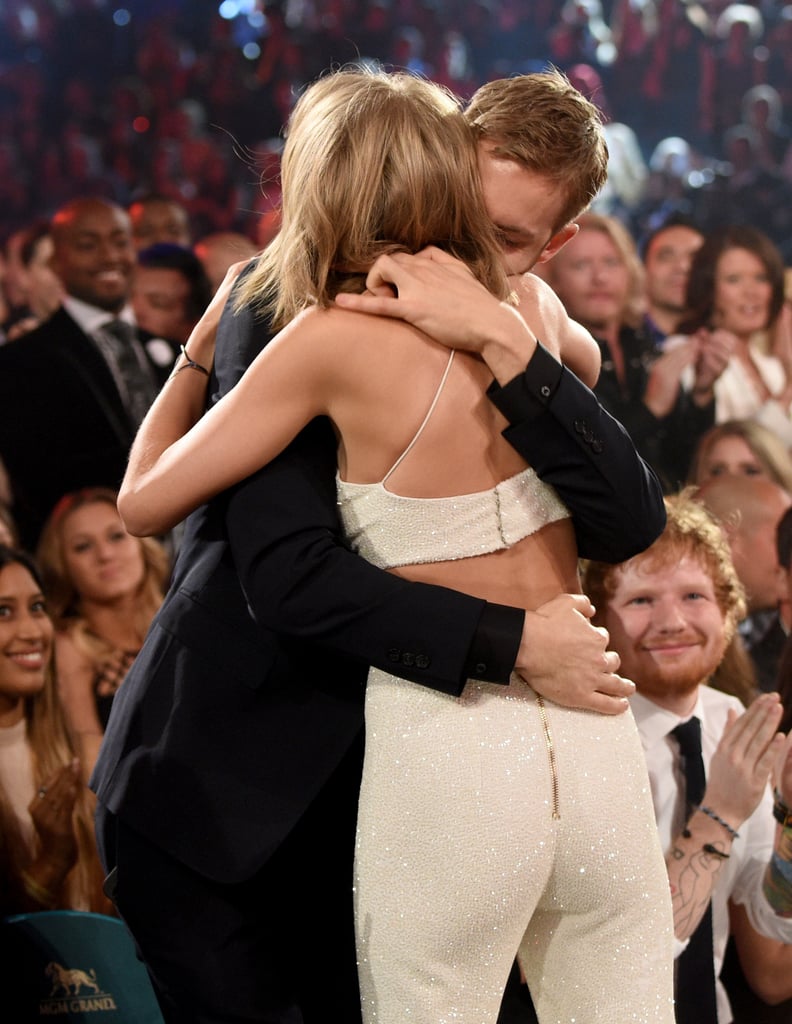 Taylor Swift and Calvin Harris brought their relationship to a new level on Sunday, sitting beside each other for their first official event together at the Billboard Music Awards. Early in the night, she won the award for top 200 Billboard album for 1989, and she took a moment to give Calvin a big hug while he kissed her on the cheek. Both stars were among this year's nominees, and it was a big night for Taylor, who posed for pictures with her friends before she debuted her "Bad Blood" music video to kick off the show. While sitting together, she and Calvin laughed and chatted, with Taylor leaning in to whisper something in his ear at one point.

The pair made headlines when they met up in Nashville in late March, and since then, they've kept the cute outings coming, holding hands in early April and wearing big grins during their night out in Venice, CA, earlier this week. Keep reading for pictures and a video of Taylor and Calvin at the Billboard Music Awards, and then see all the stars on the red carpet!