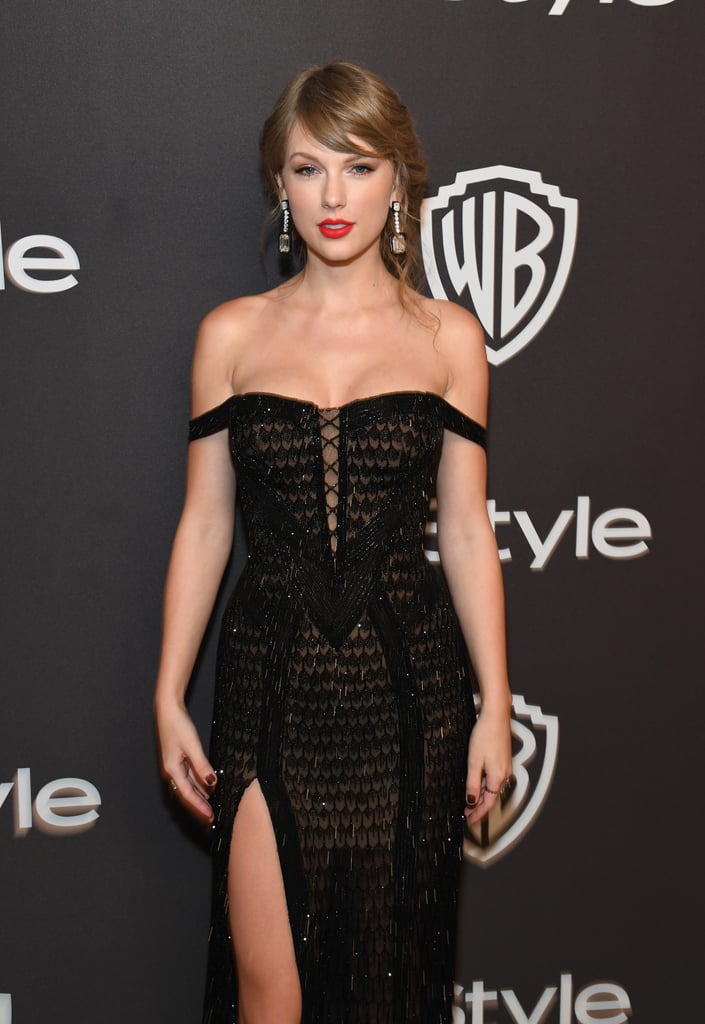 Taylor Swift shocked viewers when she made an impromptu appearance at the Golden Globes on Sunday, but the fun didn't stop there. After presenting on stage with her Cats costar Idris Elba, the singer enjoyed a night out with her boyfriend and The Favourite star, Joe Alwyn. Though the couple didn't pose for any photos together, they put their "delicate" romance on display during a few afterparties. According to Us Weekly, the couple were "smiling and giggling" as they entered the InStyle afterparty and "didn't shy away from showing PDA." "The whole mood was positive and they just seemed very giddy and excited to be out together," a source told the publication.

The pair also attended Fox's Golden Globes afterparty, where they mingled with Joe's costar Emma Stone and her boyfriend, Dave McCary. Though Taylor and Joe arrived separately, Us Weekly reported that they were quite infatuated with each other when they reunited inside. "She walked over enthusiastically and leaned her [head] on his shoulder," another source told the publication. "He grabbed her hand and kissed her. It was obvious they were aware they were being watched, but they didn't seem to mind . . . Taylor seemed absolutely in awe of him, totally mesmerized."

Taylor Swift
Everything We Know About Laith Ashley, Taylor Swift's Love Interest in "Lavender Haze"
by Simrin Purhar 23 hours ago