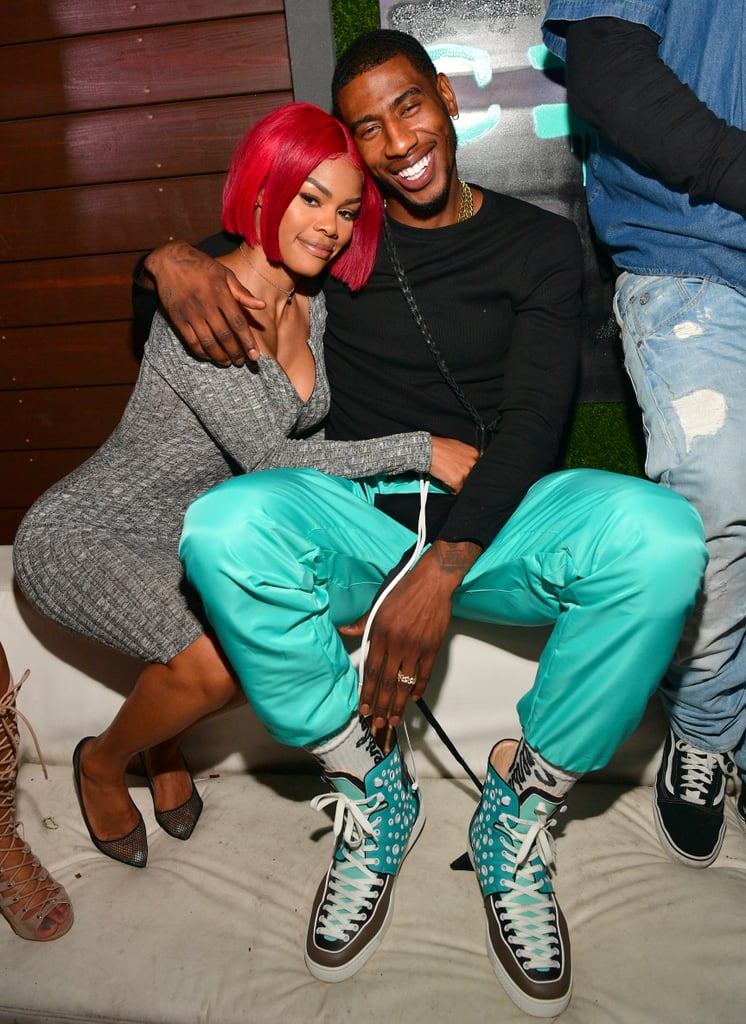 She's a badass dancer, singer, model, and actress, and he's an NBA player with a singing career. Together, they are the power couple that is Teyana Taylor and Iman Shumpert.

The couple first went public with their relationship in 2014 and have been stealing our hearts for years now. Teyana and Iman started as good friends before heating things up romantically, but their chemistry is so undeniably irresistible, we can pretty much feel it through our TV screens. In 2018, they put their relationship and family life with their daughter Iman "Junie" on display in the VH1 series Teyana & Iman, and two years later, they welcomed their second daughter, named Rue Rose. Now, they're gracing our TV screens again with their new E! show, We Got Love Teyana & Iman.

Maybe it's the matching leather jackets from their low-key wedding or the fact that Iman delivered Junie with his bare hands when Teyana went into early labor at home, but we can't get enough of this smoking-hot couple. Read on to see some of their sweetest — as Teyana would say — "petunia" moments.