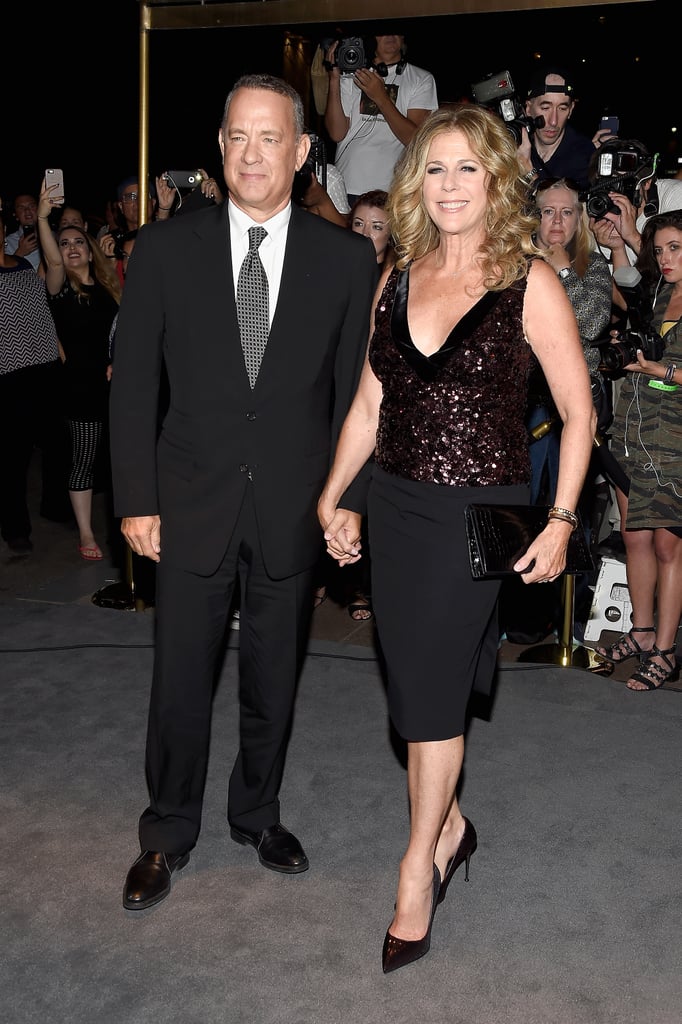 Tom Hanks and Rita Wilson pulled double duty on Wednesday night, attending two high-profile events in NYC. First, the longtime couple showed support for Tom Ford at his fashion show, and then they hit the red carpet at Rita's movie premiere for Brother Nature. The upcoming comedy, which stars Taran Killam and Bobby Moynihan, is centered around a politician who plans to propose to his girlfriend at her family's lake house, but things go south once he meets his future brother-in-law. Tom and Rita have nearly 30 years of marriage under their belts, and much like Goldie Hawn and Kurt Russell, the pair clearly knows the secret to a happy relationship.