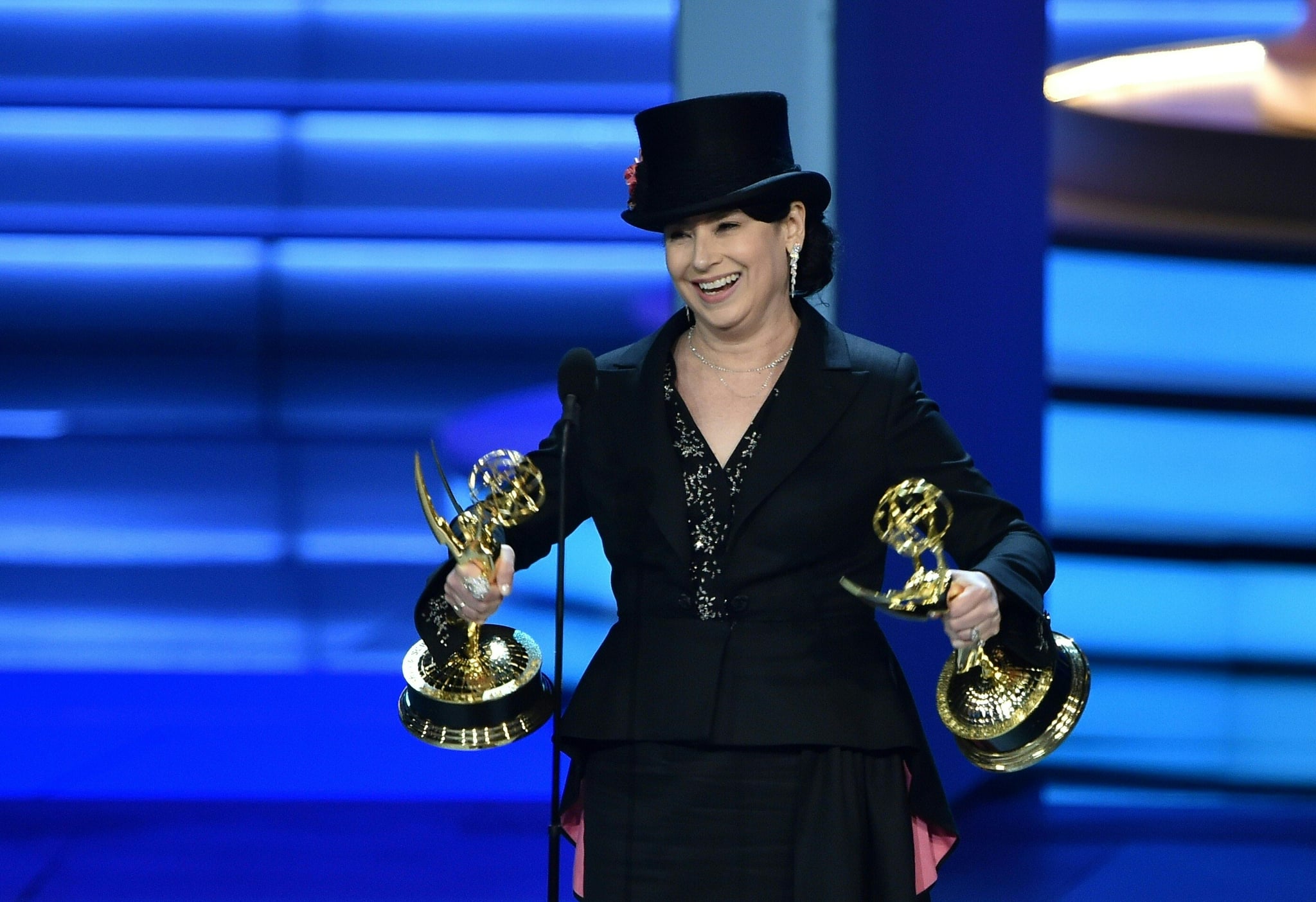 Suffice to say, The Marvelous Mrs. Maisel had a bustling night at the 2018 Emmy Awards. The writer, producer, and director of the Amazon show, Amy Sherman-Palladino, known for her work on Gilmore Girls, won back-to-back awards, first for writing in a comedy series, then for directing in a comedy series.

If you were paying attention to the hilarious Sherman-Palladino, you probably noticed the telecast of the Emmys was bleeped at the beginning of her second acceptance speech. Holding up both of her awards, Sherman-Palladino started her second round of acknowledgments by brightly exclaiming, "My panic room is going to be so pretty!" Then, we heard a brief bleep, during which Sherman-Palladino dropped an excited F-bomb, followed by audience laughter.

The writer-director went on with her speech to thank members of her crew. "Um, OK, it takes a giant village full of union crew members to make sure that Maisel goes out to the streets of New York and takes away your parking spaces from you. So, to my crew, my crew, my crew: You are my everything. I worship you."

Sherman-Palladino is the first woman to win for both comedy writing and directing. We can't wait for the second season of The Marvelous Mrs. Maisel to premiere.