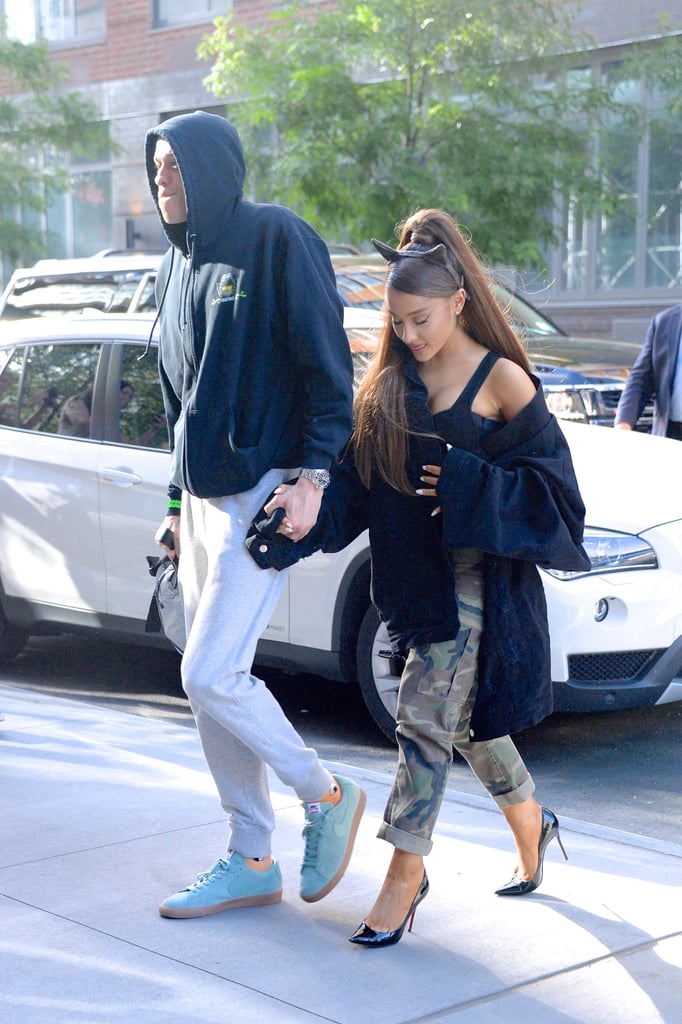 Ariana Grande and Pete Davidson continue to seal their love in ink. Over the weekend, fans noticed that the 25-year-old singer got what appears to be a tattoo in honor of Pete's late father, Scott Davidson, who passed away in the attacks on 9/11. Located on her foot, the tattoo is Scott's firefighter badge number, 8418, which Pete also has tattooed on his forearm.

The seriousness of the touching tattoo is not entirely surprising given the rate at which the relationship has progressed, as well as their frequent and very public proclamations of their love. In and of itself, the tattoo is the kind of grand, laid-bare, heart-on-a-platter gesture one might make in the midst of an impassioned engagement. However, what if the tattoo were to bear a second significance? What if it also hints at their upcoming wedding date?

Related:
All the Photos Ariana Grande and Pete Davidson Have Shared Together — So Far

Though there are certainly fans out there who came to this same realization, I first noticed the theory in a Facebook group for the reality TV podcast Emotionally Broken Psychos. In a discussion about the tattoo, one group member suggested the couple might be planning to sweetly wed on the date corresponding to the badge number: Aug. 4, 2018. It's worth noting the date comes about two weeks before the release of Ariana's fourth album, Sweetener, on Aug. 17, and prior to the inevitable months of touring that will follow, which theoretically might leave little time to plan a wedding.

Yes, this sounds extremely far-fetched, but it's not the craziest thing that could happen. In addition to their recent ink, the couple shares matching hand tattoos, and Pete also got two Ariana-inspired tattoos around the time of their engagement.