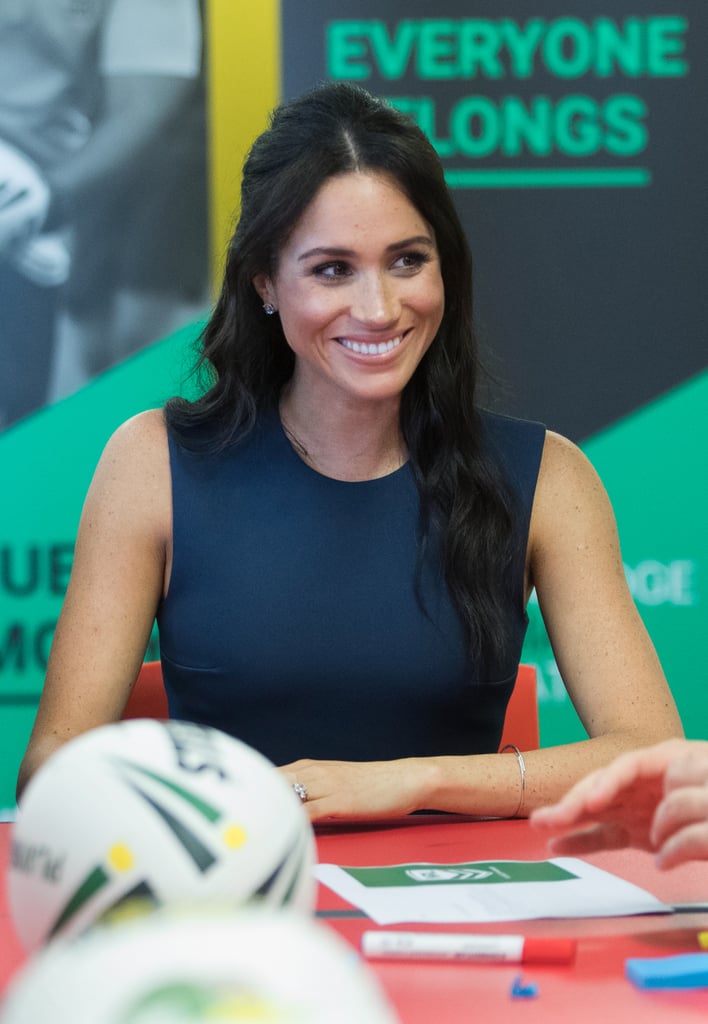 Meghan Markle is living a real-life fairy tale now that she's a British royal, but that wasn't always the case. During her visit to Sydney's Macarthur Girls High School with Prince Harry on Friday, the Duchess of Sussex told the students that her first job required her to take out the garbage. Meghan used to work at a frozen yogurt store called Humphrey Yogart, and her former boss, Paula Sheftel, previously told the Sunday Times that she earned minimum wage and was "very popular with customers."

Meghan also told the students that the job helped shape her into the woman she is today. "You guys all remind me so much of myself when I was growing up," she told the girls. "I went to an all-girls school, which was incredibly diverse as well. I think being around such empowered young women, it becomes something that you all just grasp onto to understand your world. It makes me so emotional. You're doing really, really good work and I'm so happy that we're here. We give you our full support." Harry also chimed in and told the students that men should use their voices as well to fight for equality. "Men can help as well by getting involved, we have to," the royal said.

Meghan and Harry's latest stop was a part of the royal couple's 16-day tour of Australia and included students who are involved with the In League in Harmony youth advocate program, which aims to unite and inspire young people to be advocates for cohesion and inclusion in their communities.

Related:
If You Thought Chivalry Was Dead, Harry Helping Meghan With Her Shoes Should Change That
Previous Next Start Slideshow
Meghan MarkleThe RoyalsCelebrity QuotesThe British Royals