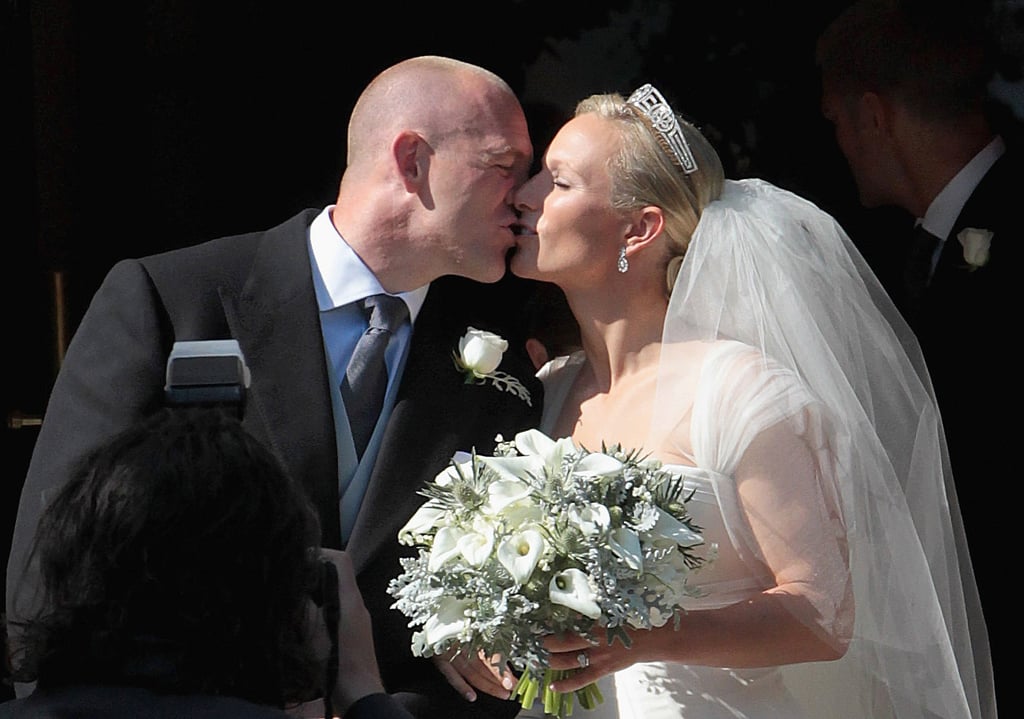 Congrats are in order for Zara and Mike Tindall! The couple will be celebrating their eighth wedding anniversary on July 30, and from the looks of it, they're still crazy about each other. Not only are they the British royal family's most loved-up couple, but they are also parents to two beautiful little girls, 5-year-old Mia and 1-year-old Lena. Even though Zara is 18th in line to the British throne (her mother is Princess Anne), the pair leads a pretty normal life as they don't have any official titles and they don't take part in many royal duties. Zara is an Olympic-medal-winning equestrian, while Mike is an English rugby legend.

In fact, the way they met was actually quite normal, too. In an interview with Australia's 60 Minutes, Zara revealed that she and Mike first crossed paths at the Manly Wharf bar in Sydney during the 2003 Rugby World Cup. Mike was apparently trying to ease the pain after he was dropped from the England team before the semifinals. "It kind of went from there," she said. And the rest is history. See Zara and Mike's cutest moments ahead!

Related:
Zara Tindall May Not Be a Princess, but She's Still One of the Royal Family's Most Interesting Members
Previous Next Start Slideshow
The RoyalsCelebrity CouplesMike TindallCelebrity PDAZara TindallThe British Royals