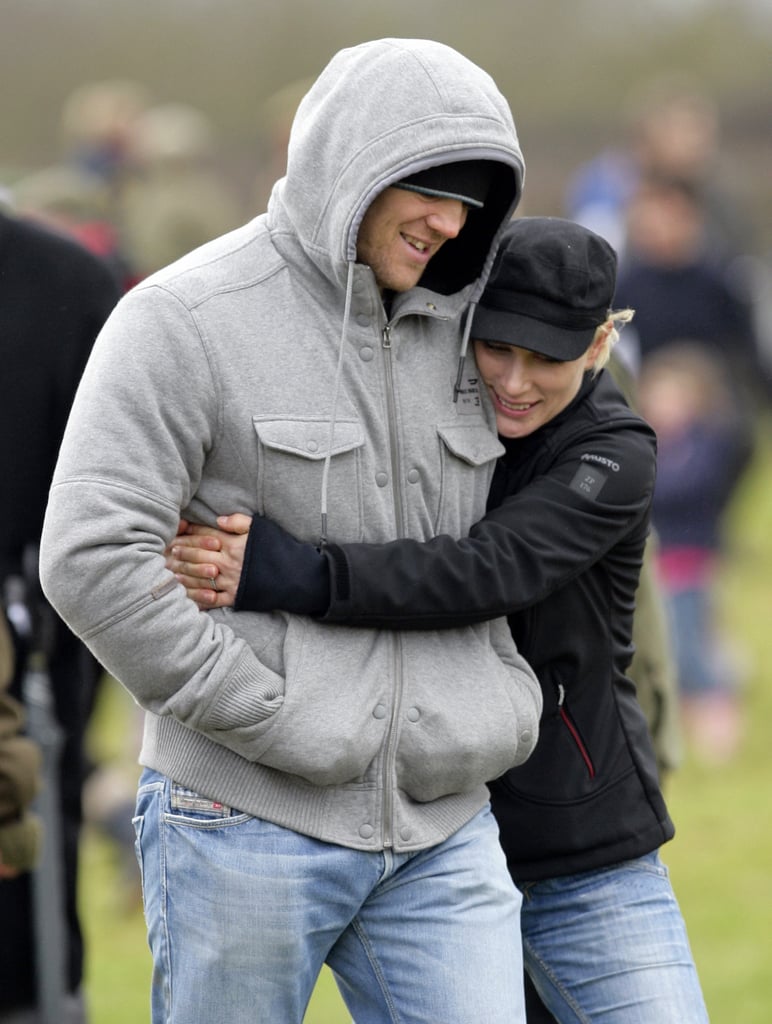 The British royal family has always been about protocol, rules, and traditions, but over the last few decades, the younger members have loosened the reins, choosing to be more informal and approachable. Part of this probably comes from their chosen spouses: there are none of the aristocratic marriages of the past here, instead the queen's grandchildren have married "commoners." Among that group is the gloriously down-to-earth Mike Tindall, who's been married to Princess Anne's daughter Zara Phillips since 2011.

Though Zara is 17th in line to the throne, she and Mike don't have titles and don't take part in many official duties. Instead, they've focused on their sporting careers, to great success. Zara is an Olympic medal-winning equestrian, while Mike is an English rugby legend, having participated in a whopping 11 Six Nations Championships. He was also part of the 2003 squad that won the rugby World Cup, which was when his path crossed with Zara. They're now parents to two daughters, 4-year-old Mia and Lena, who was born last year. The pair seem like some of the most down-to-earth members of the royal family, and they're not afraid to share their love with the rest of us, with plenty of cheeky PDAs over the years. Just keep reading for proof!

Emma Corrin
Is Emma Corrin Single? What We Know About the Star's Dating Life
by Michele Mendez 13 hours ago