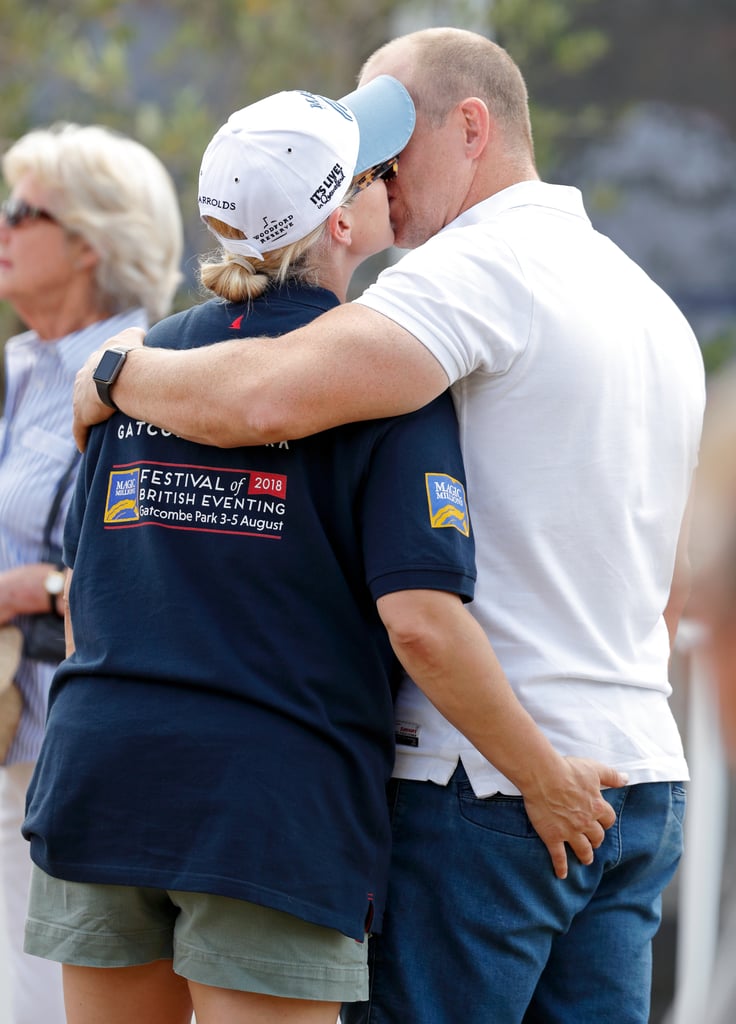 Zara and Mike Tindall have never shied away from showing PDA, but they took things to a new level while attending the Festival of British Eventing at Gatcombe Park in Stroud, England, on Sunday. The equestrian and her former rugby player husband, who have been married since 2011, stayed close as they checked out the fun and were snapped squeezing other's butts and stealing a few kisses in the crowd. Zara kept things casual in an event t-shirt and shorts and looked to be happy and relaxed in the sun; the 37-year-old gave birth to the couple's second daughter in June, naming her Lena Elizabeth Tindall. Lena is the queen's seventh great-grandchild and joins 4-year-old sister Mia.

Zara and Mike's cheeky afternoon squeeze is even a few degrees hotter than the PDA we usually get from Zara's cousin, Prince Harry, and his new bride, Meghan Markle. The Duke and Duchess of Sussex blew us away recently with their passionate kiss at a polo match, but this royal butt grab has to be the steamiest we've seen in recent years, right?

Kat Dennings
Kat Dennings's Engagement Ring Is Simply Perfect, as Is Her Caption: "Don't Mind If I Do"
by Kelsey Garcia 7 hours ago