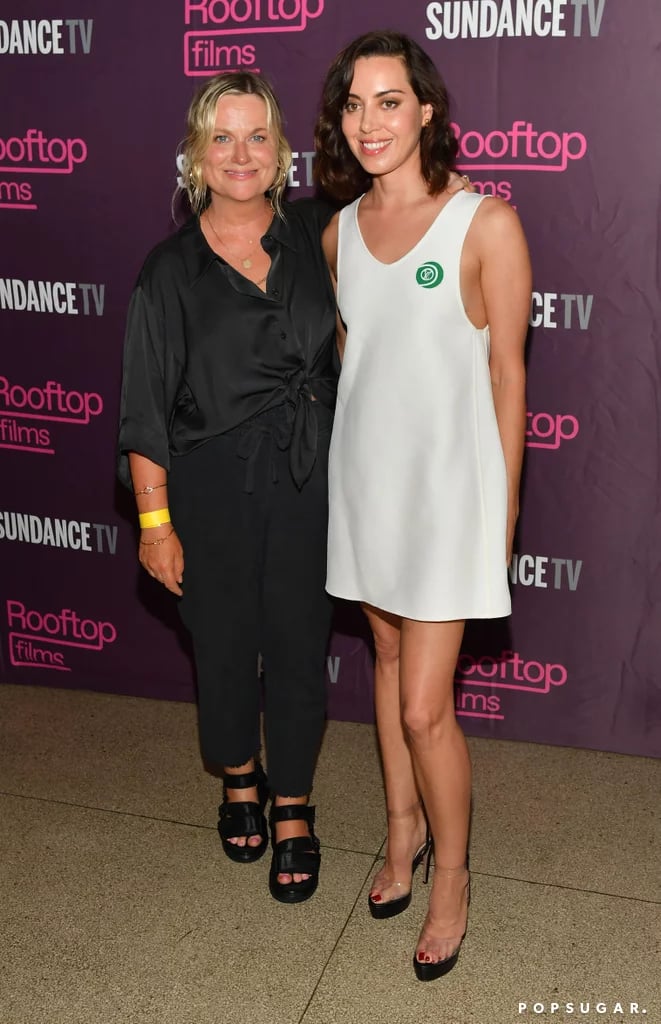 Amy Poehler and Aubrey Plaza reunited at a New York screening of Plaza's new film, "Emily the Criminal," in New York on Aug. 9. The "Parks and Recreation" stars, who played iconic characters Leslie Knope and April Ludgate, respectively, were all smiles as they posed for photos on the red carpet.

In the new movie, Plaza plays a character who participates in a credit-card scam in an effort to escape some of her crushing student debt. Plaza also serves as a producer in the feature, which premieres on Aug. 12. Over the past few years, Plaza has appeared in the 2019 movie "Child's Play" and starred alongside Kristen Stewart in 2020's "Happiest Season." She will also appear in the forthcoming second season of "The White Lotus" as character Harper Spiller.

As for Poehler, she has been busy running her own production company, Paper Kite Productions, and has served as an executive producer for "Broad City" and "Russian Doll," among many other projects. She's also frequently worked as a director, helming movies such as Netflix's 2019 film "Moxie".

The "Emily the Criminal" premiere isn't the first time Poehler and Plaza have reunited. In Feburary 2020, the pair got together with fellow "Parks and Recreation" costars Rashida Jones and Kathryn Hahn for a Galentine's Day celebration.

by Angelica Wilson 15 minutes ago