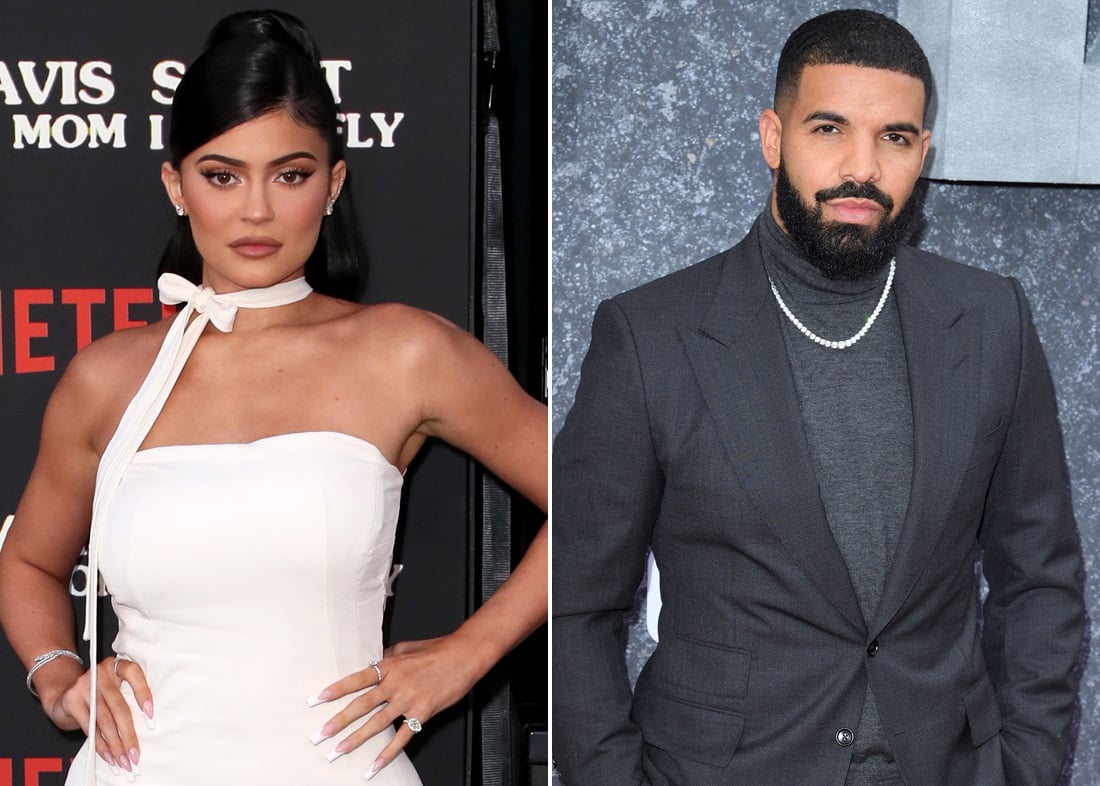 A month after calling it quits with Travis Scott, Kylie Jenner is reportedly exploring her options with another rapper: Drake. Yes, "In My Feelings" Drake. According to People, the 22-year-old mogul has been "romantically" hanging out with the 33-year-old music artist since her October split, and a relationship could be in the works. "He and Kylie have been spending time together recently," a source told the outlet. "They've been friends for a long time and Drake is very close to the family." However, we might have to take this news with a grain of salt. A different source told People that they're "just friends," while Entertainment Tonight also reports that they're not together.

Speculation about their romantic status comes shortly after the pair reportedly got close at Drake's 33rd birthday party on Oct. 21 (where he also reconnected with former flame Rihanna). Kylie has even hit up some of Drake's other get-togethers, including his Halloween party on Oct. 31 and his New Year's party earlier this year.

Related:
From Cody Simpson to Travis Scott, All the People Kylie Jenner's Dated

In October, Kylie and Travis — who share 1-year-old daughter Stormi — confirmed their breakup while denying cheating rumors. "It's really affecting when u see false things said about u once again these false stories about me cheating are just simply not true," Travis wrote on his Instagram Story. "Focusing on life, music, and family at this moment is what's real."

Kylie also took to social media to address hearsay, including a reported early morning date with ex Tyga. "The internet makes everything 100 times more dramatic than what it really is. There was no '2am date with Tyga,'" she wrote on Twitter. "You see me drop two of my friends off at a studio that he happened to be at." She also added, "Travis and I are on great terms and our main focus right now is Stormi‼️ Our friendship and our daughter is priority."

Meanwhile, Drake has seemingly remained single for quite some time while releasing music and sharing more about his 2-year-old son, Adonis, whom he shares with artist and former adult film star Sophie Brussaux.