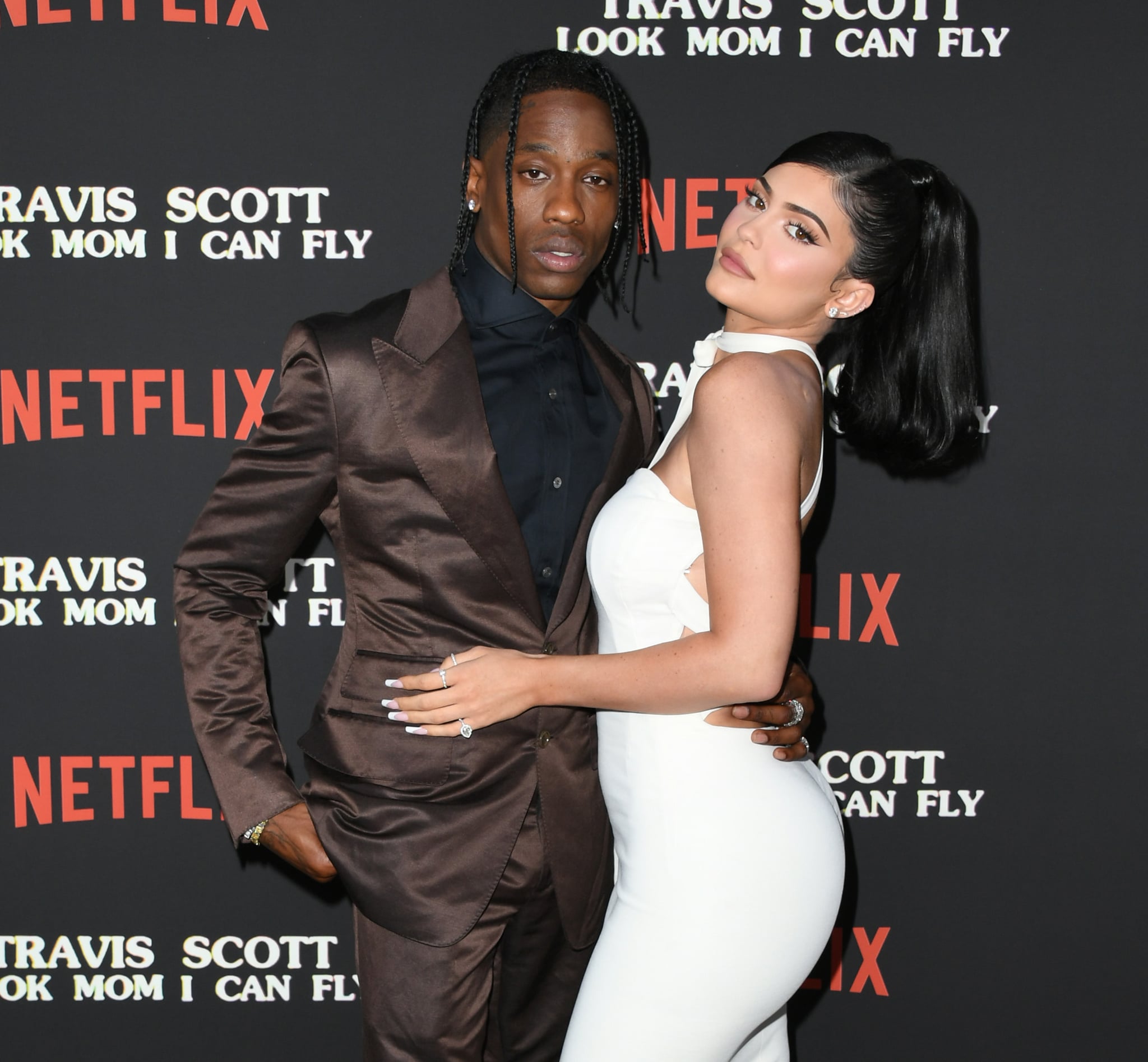 Kylie Jenner and Travis Scott are speaking out following their split this week. On Tuesday, news broke that after two years together, Kylie and Travis put a pause on their relationship weeks ago because they reportedly weren't on the same page when it came to having a second baby and settling down. Not long after, fans were shocked to find out that the same night the news broke Kylie was reportedly seen hanging out with her ex-boyfriend Tyga. The 22-year-old billionaire spoke out on those rumors on Thursday, and the next day, Astroworld rapper Scott broke his silence on separate allegations that he was unfaithful during their relationship.

On his Instagram Stories, Travis wrote, "It's really affecting when u see false things said about u once again these false stories about me cheating are just simply not true," adding, "Focusing on life, music, and family at this moment is what's real." After news of their split broke, reports began swirling that Travis was involved with a model named Rojean Kar, who also denied the rumors on Instagram. "None of these rumors are true, it's just the internet creating a false narrative," she wrote in a Story. "Please stop spreading lies & leave him, her & I alone because it's affecting real lives. Thank you." 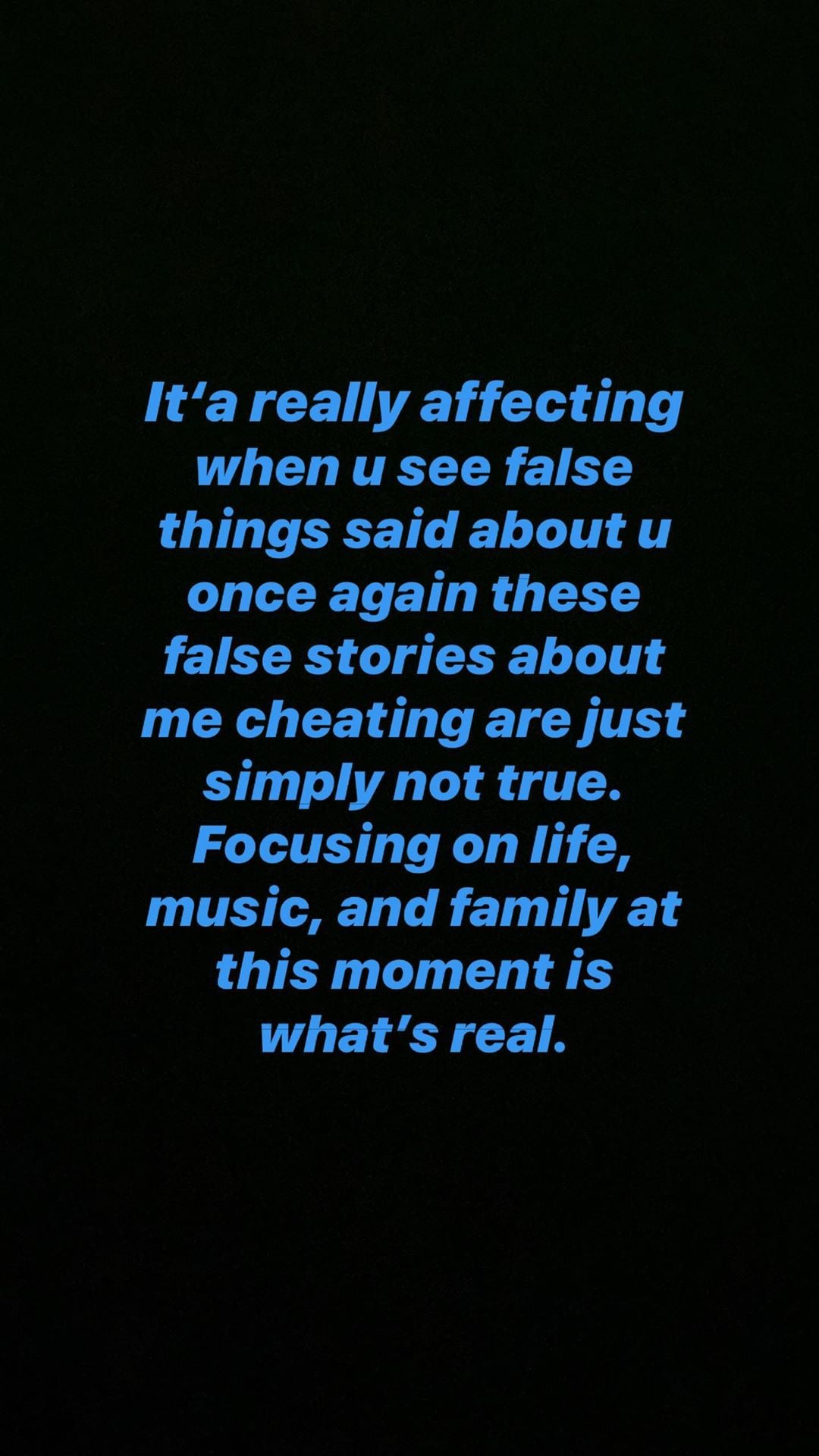 Before Travis aimed to set the record stright, Kylie made her own statement via Twitter. "The internet makes everything 100 times more dramatic than what it really is. There was no '2am date with Tyga.' You see me drop two of my friends off at a studio that he happened to be at," she wrote on Thursday. "Travis and I are on great terms and our main focus right now is Stormi ‼️ Our friendship and our daughter is priority."

The internet makes everything 100 times more dramatic than what it really is. There was no “2am date with Tyga”. You see me drop two of my friends off at a studio that he happened to be at. 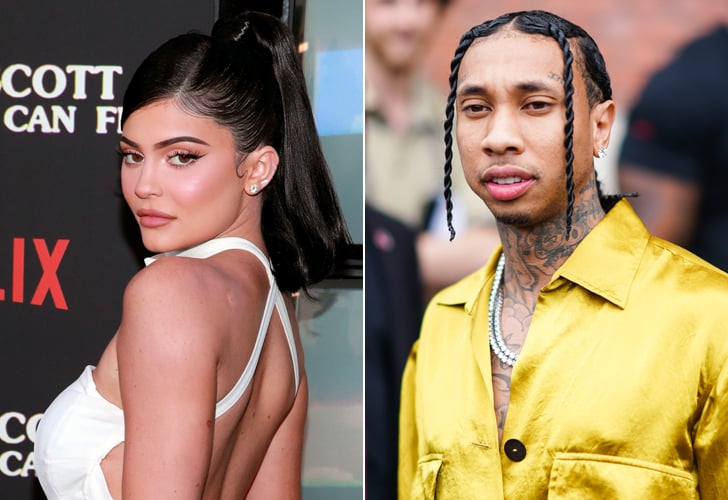 Tyga also chimed in to address the rumors on his Instagram Story. "Media 🧢," he wrote, implying that the media is lying (or "capping") about their reported hang out.

According to E! News, Kylie and her two friends had a girls' night in LA and then hung out with Tyga and some friends. "It wasn't an intentional jab at Travis, but she did hang out with Tyga for a bit. Nothing romantic is going on," the site reported. Kylie and Tyga broke up in early 2017 before she started dating Travis in April of that year. She and Travis welcomed their daughter Stormi Webster in February 2018 and are committed to coparenting peacefully.

Kylie Jenner
Kris Jenner Celebrates Stormi's Birthday With Iconic TikTok: "Thank You For Being Such a Bright Light"
by Chandler Plante 5 days ago