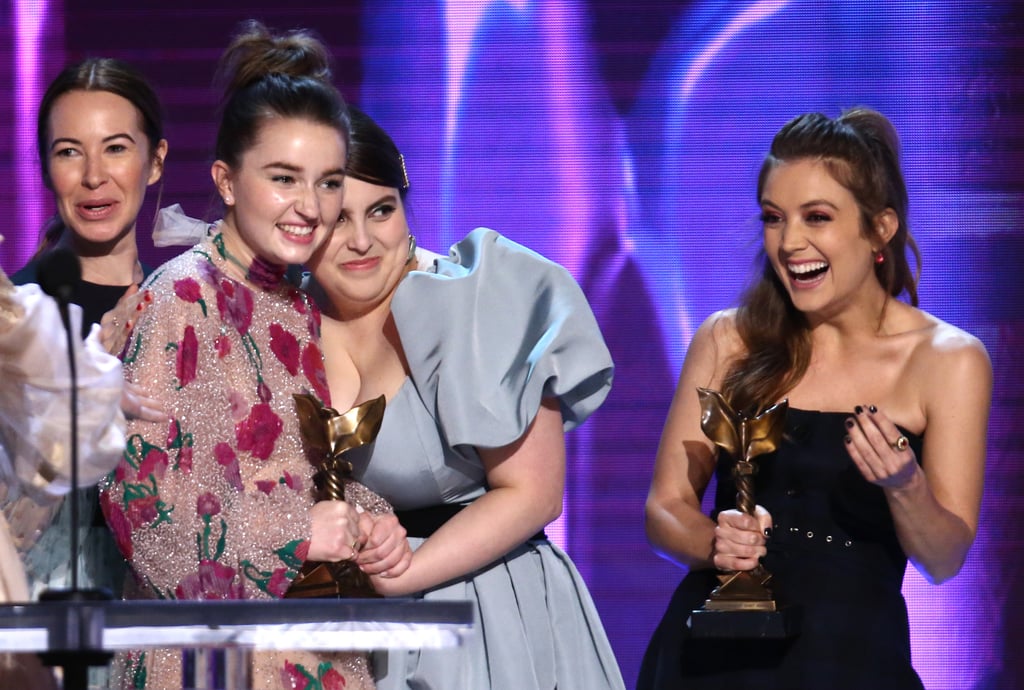 On Feb. 8, stars united at the Spirit Awards to celebrate some of the best recent works from independent filmmakers. Celebrities such as Greta Gerwig, Noah Jupe, Zazie Beetz, and Kaitlyn Dever descended on Santa Monica as the good times rolled. While The Marvelous Mrs. Maisel leading lady Rachel Brosnahan shared a hug with You're the Worst's Aya Cash, Booksmart star Beanie Feldstein posed for some adorable photos with Once Upon a Time in Hollywood's Margaret Qualley. Jennifer Lopez, who was there to support Hustlers, received a sweet red carpet greeting from Adam Sandler, who attended as part of the Uncut Gems cast.

The night's big winners included The Farewell, which took home the best feature award; Booksmart, which won best first feature; Parasite, which earned the honor of best international film; and Marriage Story, which snagged the prize for best screenplay. Sandler won best male lead for his role in Uncut Gems (and made a not-so-subtle reference to his Oscars snub in his acceptance speech), while Renée Zellweger won best female lead for her role in Judy. Look ahead to see all the star-studded photos from the big event!