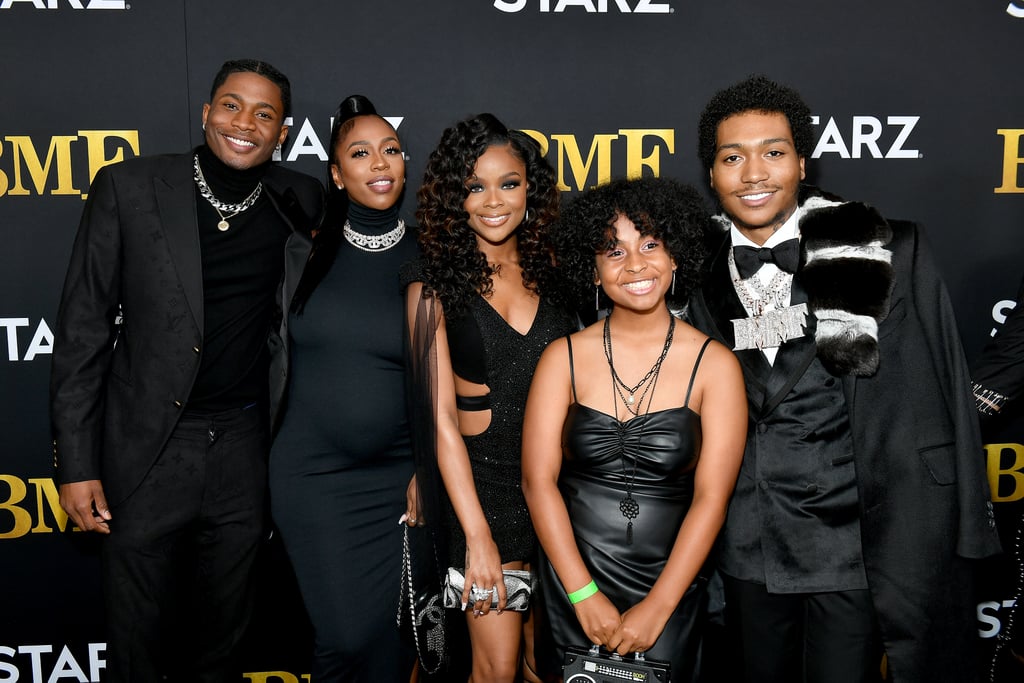 BMF is the latest show to come from Curtis "50 Cent" Jackson, and just like his Power franchise, it's freakin' good! Based on the real-life story of Detroit brothers Demetrius "Big Meech" and Terry "Southwest T" Flenory, the Starz series boasts a stacked cast that includes Demetrius "Lil Meech" Flenory Jr., Da'Vinchi, Myles Truitt, and Ajiona Alexus. While the crew's relationships may be complicated — and sometimes deadly — on the show, off screen they appear to be one big family. Luckily, BMF has already been renewed for a second season, so we'll get to see even more of their chemistry in the episodes to come, but in the meantime, take a look at some of the cast's best moments together ahead.

Celebrity Instagrams
Michelle Obama Reacts to Serena Williams's Retirement: "I'll Always Be Cheering You On!"
by Chanel Vargas 4 hours ago