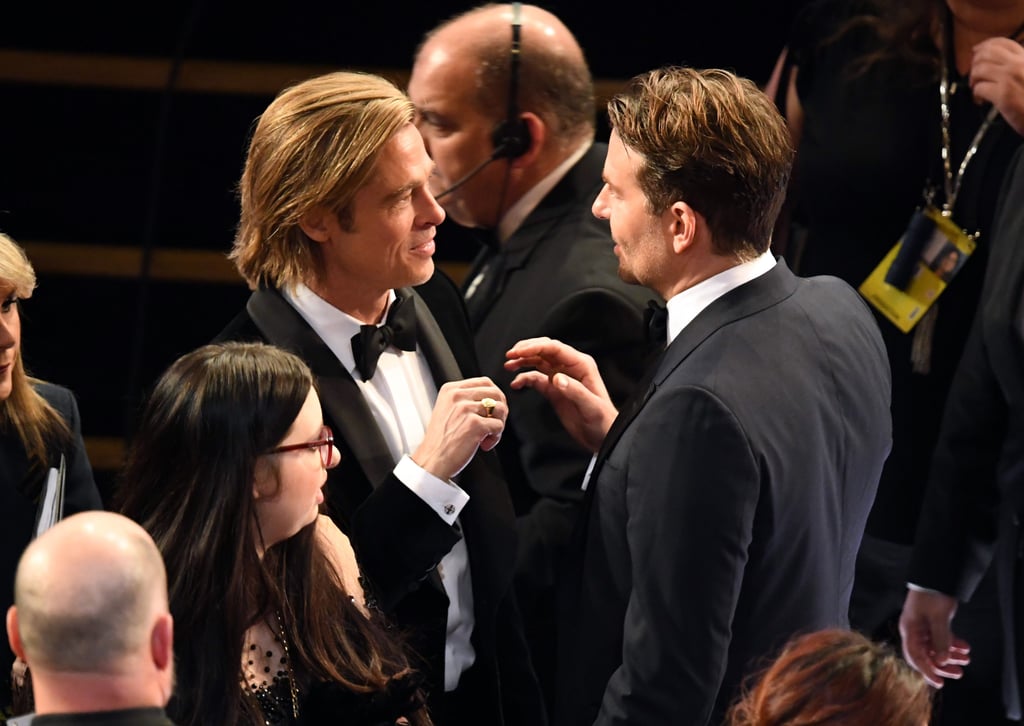 The Oscars have reached peak Brad. For the 2020 award ceremony, ABC is doing this fascinating (slightly voyeuristic) thing where it releases candid videos of audience members talking during commercial breaks. One of said videos caught Brad Pitt and Bradley Cooper presiding over the Annual Hollywood Brads Summit.

Fresh off his win for best supporting actor, the Once Upon a Time in Hollywood actor was laughing as he chatted up the A Star Is Born star, who was in attendance on behalf of Joker, which he produced. Though only official members of the Association of Hollywood Brads know what the two spoke about, we are simply glad to have been able to bear witness to the summit in some capacity. (Brad Falchuk couldn't be reached for comment.) (Just kidding.)

I Would Like Kristen Wiig and Maya Rudolph to Host the Oscars, Please and Thank You
Previous Next Start Slideshow
Bradley CooperBrad PittAward SeasonOscars