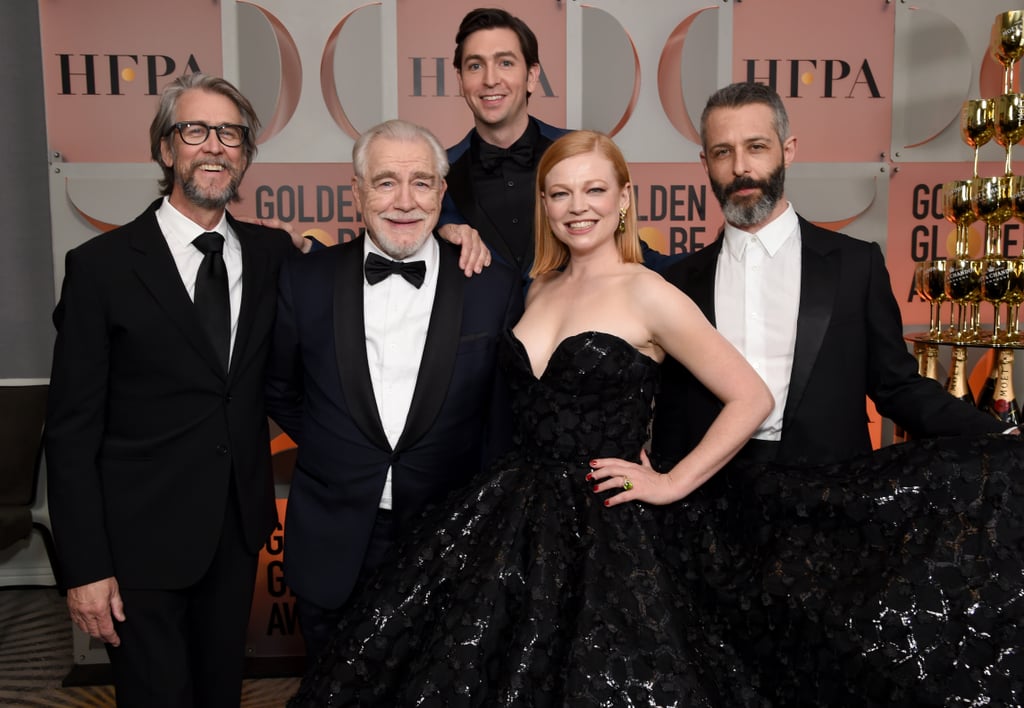 The Cast of Succession at the Golden Globes

If Logan Roy ever wanted a reason to celebrate, the time is now. The cast of Succession looked dapper as ever during Sunday night's Golden Globes, and there was even some gold in hand! The HBO show took home the award for best television series, drama, and when they gathered on stage, it looked like they came right from a fancy gala with New York's most powerful media families. Show creator Jesse Armstrong accepted the award with Kieran Culkin, Sarah Snook, Nicholas Braun, Brian Cox, Jeremy Strong, and more of the cast and crew by his side. Ahead, see photos of the cast of Succession at the Globes, and remember, you can't make a Tomlette without breaking some Gregs.