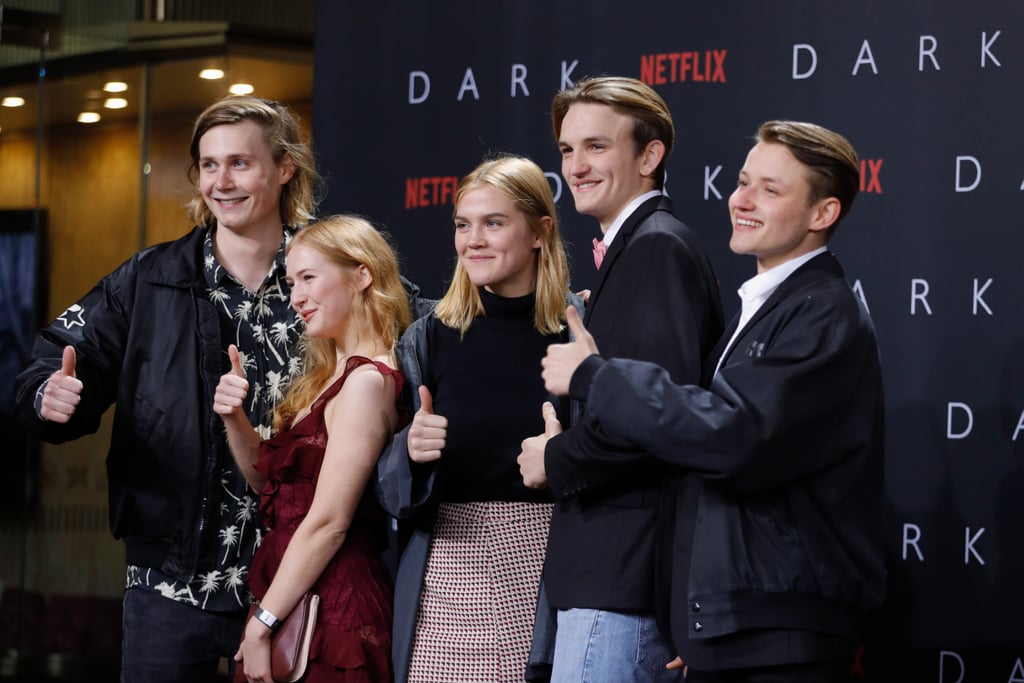 The Relationships on Dark May Be Complicated, but the Cast's Real-Life Friendships Are Not

Between trying to keep the timelines straight and tracking all of the characters, Netflix's Dark is probably one of the most confusing shows to ever exist. That being said, the talented cast definitely makes it worth watching. The show stars Louis Hofmann (Jonas Kahnwald), Maja Schöne (Hannah Kahnwald), Lisa Vicari (Martha Nielsen), Moritz Jahn (Magnus Nielsen), Oliver Masucci (Ulrich Nielsen), Jördis Triebel (Katharina Nielsen), Gina Alice Stiebitz (Franziska Doppler), and Paul Lux (Bartosz Tiedemann), and follows Jonas as he attempts to unravel the mystery of why children keep disappearing in Winden, Germany.

Though their onscreen relationships may be complicated, off screen, they're all friends. In fact, their friendships have led to some pretty adorable moments, including tons of behind-the-scenes fun. While the show may have ended with the third and final season on June 27, you can still get your Dark fix by scrolling through some of the cast's cutest photos ahead.