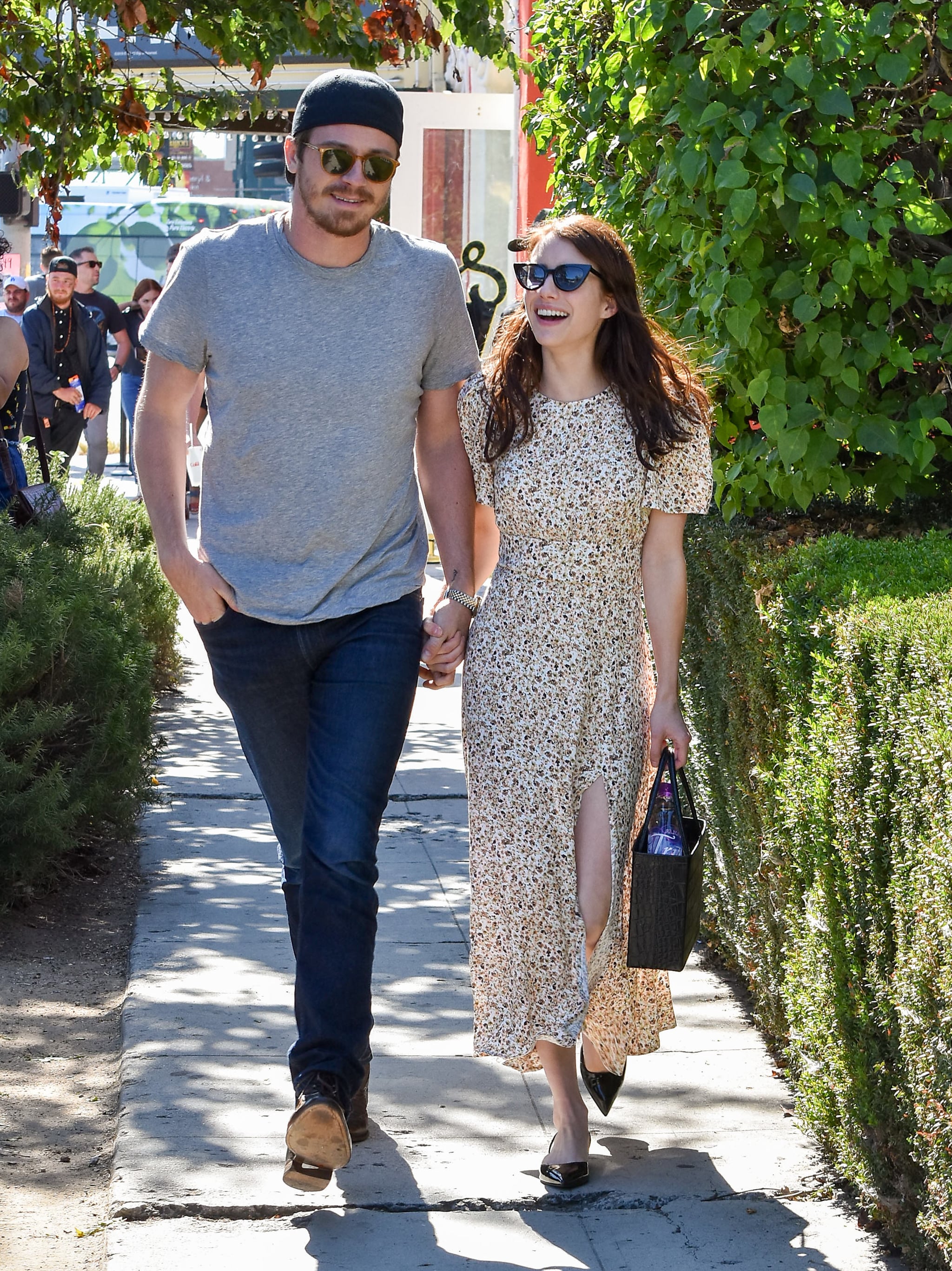 Emma Roberts is a mom! On Monday, E! News confirmed that the 29-year-old actress gave birth to a baby boy named Rhodes with boyfriend Garrett Hedlund over the weekend. According to TMZ, who was the first to report the news, the tiny tot weighed in around 9 pounds, and he and Emma are both doing great.

Emma and Garrett were first linked together in March 2019, and in August, she revealed she was pregnant on Instagram. Alongside a series of photos of her cradling her baby bump while sitting next to Garrett, she wrote, "Me . . . and my two favorite guys 💙💙." Congrats to the new parents!