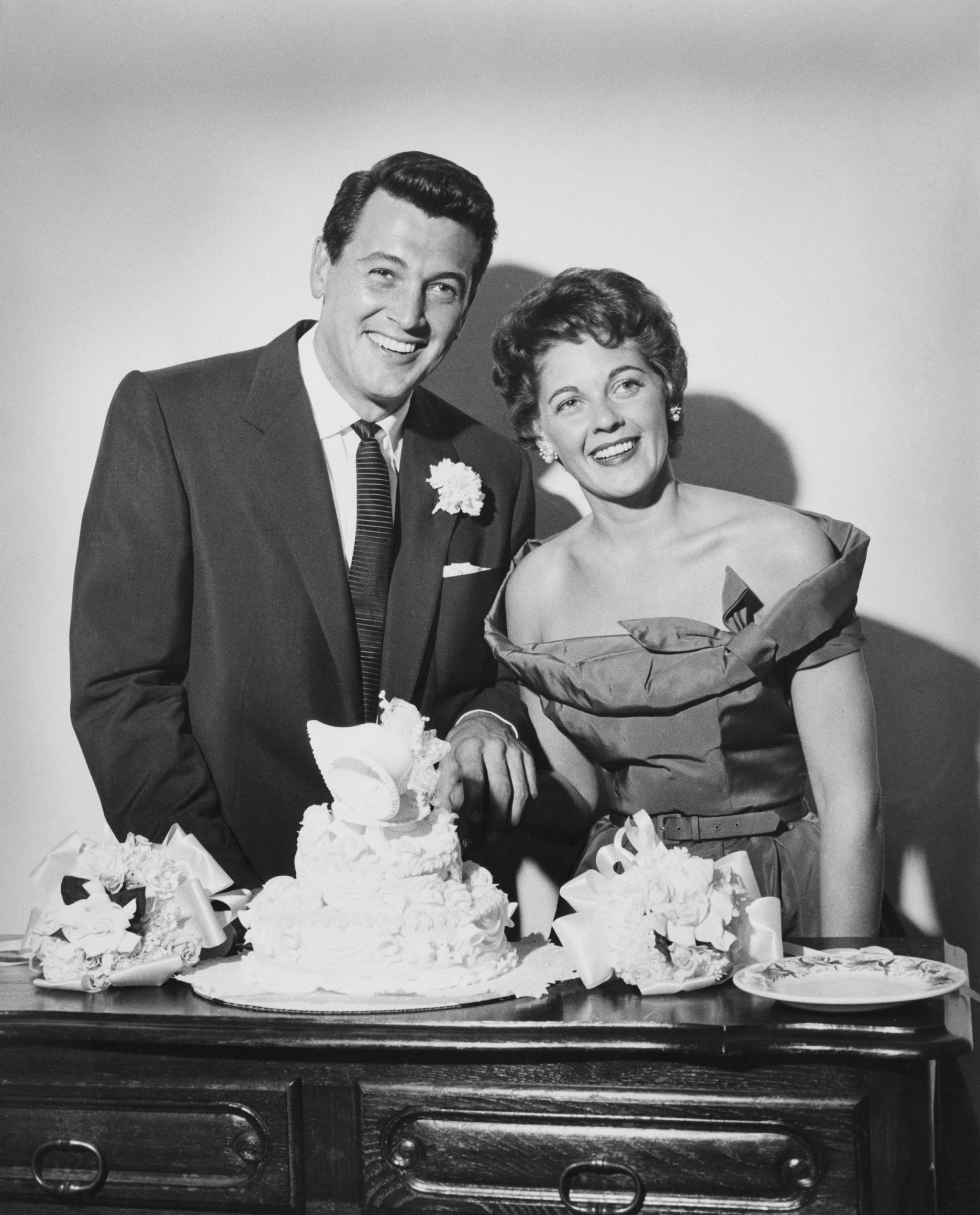 Hollywood icon Rock Hudson gets a new twist on his history in Netflix's Hollywood. If you're wondering whether the real Rock Hudson ever got married, you're in for a sad answer. Despite being gay, Hudson did get married in the 1950s. Although Hollywood gives him a much happier romance, the real Hudson's marriage was disastrous on all fronts.

In 1955, Hudson married Phyllis Gates, the secretary of his agent, Henry Willson. Gates actually does appear in a few scenes in Hollywood, though only in her capacity as Willson's secretary, not as Hudson's love interest; the show's alternate history has Hudson (played by Jake Picking) falling in love with a (wholly fictional) screenwriter, Archie Coleman (played by Jeremy Pope). In her 1987 book, My Husband, Rock Hudson, Gates said she had lived with and dated Hudson before he proposed and she had believed their marriage to be a love match at the time.

The timing, however, was suspicious. Not long before he proposed to Gates, Hudson had nearly been outed by a tabloid. Reportedly, Willson struck a deal with the publication by feeding them gossip on other stars in exchange for burying the story about Hudson, and Hudson married Gates soon after the near-scandal. Regardless of the circumstances of his marriage, Hudson's sexuality was an open secret in Hollywood. In a 1985 article in People, published soon after the revelation that Hudson was suffering from AIDS, several Hollywood sources admitted they'd always known Hudson was gay. "We all knew Rock was gay, but it never made any difference to us," explained actress Mamie Van Doren, who once went on studio-arranged dates with Hudson. "[The studio] invested a lot of money in Rock, and it was important for his image to remain that of a lady-killer."

As one might have guessed, Hudson and Gates's marriage was not a happy one. "Rock said the studio set up the marriage and promoted the wedding and the honeymoon. He was very bitter about that," Hudson's friend Ken Maley, a San Francisco media consultant, told People. Their marriage ended in 1958, when Gates filed for divorce on the grounds of "mental cruelty." Hudson didn't contest the divorce and agreed to pay Gates alimony; neither remarried. Interestingly, a 2006 article in The Advocate claimed that Gates had a secret of her own: that she, too, was gay. The claim came from Bob Hofler, Willson's biographer, but, like so many other stories out of that era of Hollywood, was never confirmed. Hudson, meanwhile, was romantically linked to several different men over the years, although those relationships were kept concealed from the public at large.