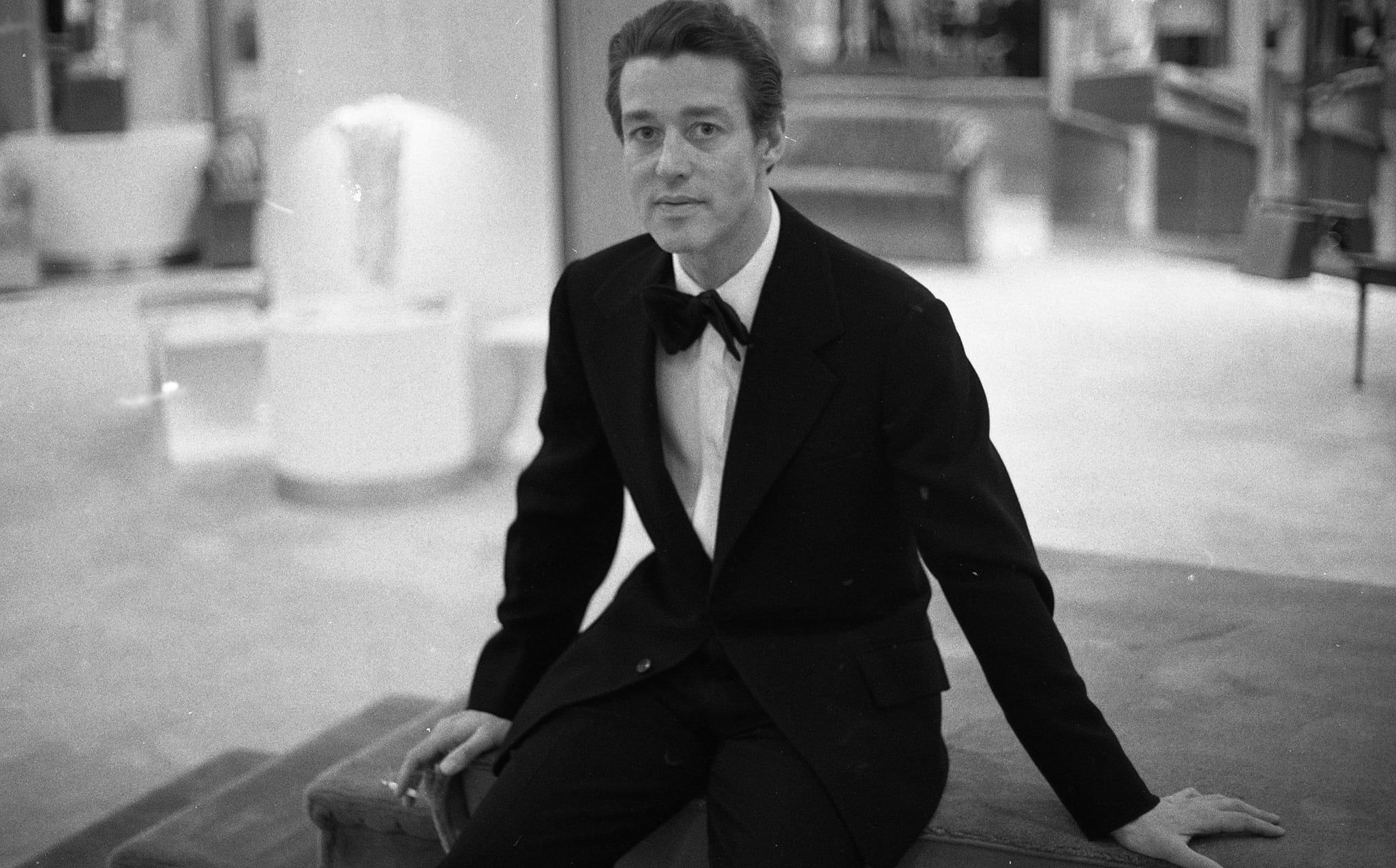 In Ryan Murphy's latest joint, Halston, the titular character, played by Ewan McGregor, was one of America's most renowned fashion legends. From designing form-flattering Ultrasuede shirtdresses to Jackie O's iconic pillbox hat, the sartorial icon left an indelible mark on fashion history as we know it. Halston's minimal and accessible designs took over the '70s, making him one of the most prominent American names in style during this era. So what happened to Halston? Here's what you should know about his enduring legacy.

How Did Halston Get His Start?

With roots in the Midwest, the designer became a star after Jackie Kennedy wore his pillbox hat design at her husband's inauguration ceremony. Throughout the '70s, Halston's brand would continue growing. Soon, he became a household name as he took a minimalist approach to the groovy styles of the decade. During his rising stardom, he befriended celebrities such as Elizabeth Taylor, Andy Warhol, Bianca Jagger, and Liza Minnelli, who famously frequented the nightclub Studio 54 with the designer.

What Happened to Halston's Business?

Halston eventually agreed to sign a $16 million deal with Norton Simon for his ready-to-wear line, couture operation, and Halston trademark in 1973. With growing appeal among the masses, Halston attached his name to all types of goods, from perfumes to luggage. In 1982, Halston became the first high-end brand to enter the mass market by designing for JCPenney. While his line, "Halston III," performed well, it gradually deteriorated Halston's high-end reputation, so elevated brands such as Bergdorf Goodman started dropping him.

Halston's business faced trouble by the mid '80s. Things took a turn in 1983 when Norton Simon was sold to Esmark Inc., and Halston Enterprise became a subsidiary of International Play-tex. Ownership switched hands again, which created notable tension between Halston and the new owners. Halston was removed as president of his own company and essentially lost the right to design under his own name.

How Did Halston Spend His Final Years?

In 1988, Halston tested positive for HIV and moved to San Francisco. At age 57, Halston passed away in his sleep in March 1990, dying from lung cancer complicated by HIV. As we see on screen, the designer left New York and toured the California coastline, hitting up spots such as Big Sur in his Rolls-Royce. His final days included views of the Golden Gate Bridge and tables full of orchids (his signature flower) in his hospital room at Pacific Presbyterian Medical Center. According to his relatives, he asked his family to auction his Rolls-Royce and donate the proceeds to AIDS research.

So, what did the designer's loved ones have to say about Halston? It's important to note that Halston's family isn't necessarily on board with the Netflix biopic project. According to Deadline, representatives for the Halston Archives and Family called the miniseries "an inaccurate, fictionalized account" and noted that they weren't consulted for the project. As you watch Halston, it's definitely critical to understand that the project isn't a beat-by-beat representation of the fashion icon's life, so it's best not to take the biopic project at face value.