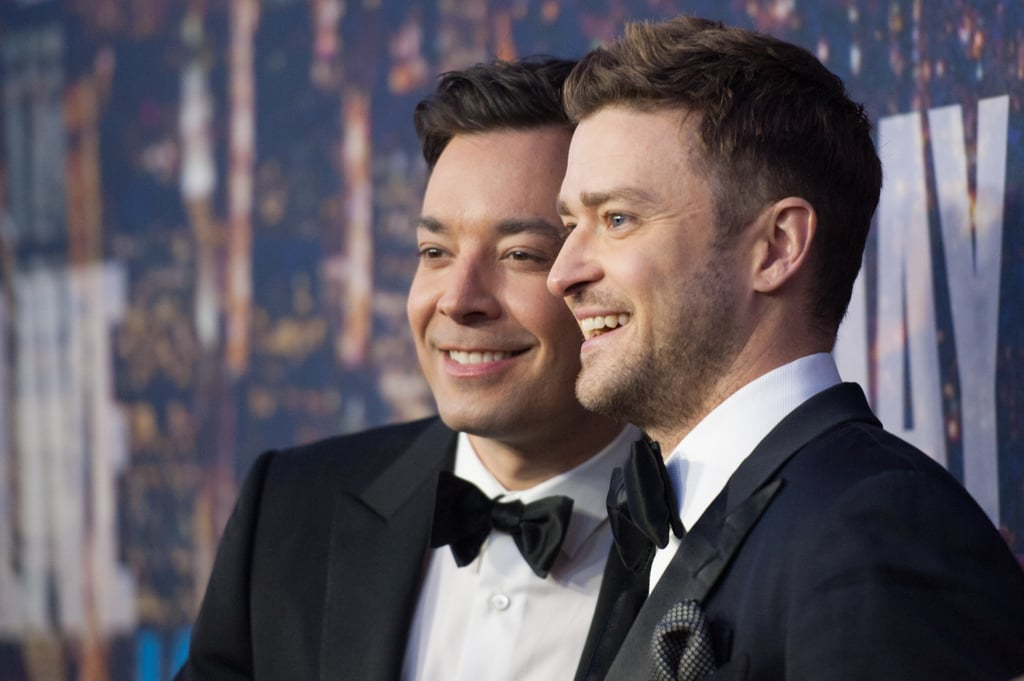 Justin Timberlake and Jimmy Fallon have a friendship that spans longer than most celebrity marriages. The two have been friends for nearly two decades, and on Tuesday, Justin and Jimmy revealed exactly how their friendship came to be during their interview on Jimmy's The Tonight Show: At Home Edition.

Justin and Jimmy first met at the 2002 MTV Video Music Awards. The show marked a major milestone for both stars, as it was Justin's first big performance as a solo artist and Jimmy's first solo hosting gig. "I remember [being] backstage with you at the VMAs when we shared dressing rooms kind of," Jimmy told Justin. "We were almost connected, our dressing rooms were in the basement of Radio City [Music Hall]."

"We started doing bits back and forth, and that's all we do now."

"It was 2002. This is when you came out of the boombox. This was your debut," Jimmy continued. "I remember I was pacing downstairs. I think I was dressed as a superhero or something and I'm like, 'I'm so nervous, man. I hope this hosting thing goes well because, you know, if I host this, that makes my career.' And you go, 'Yeah, well, this is my first solo thing ever, so I guess it's the same.'"

"I remember we were both nervous. I don't remember everything we were saying to each other," Justin told Jimmy. "But the funny thing about our friendship, even when it first started, is that I just remember what you were talking about and nothing was that serious . . . We started doing bits back and forth, and that's all we do now."

Given all the crazy moments that have come out of the VMAs, we're thankful it gave us Justin and Jimmy's friendship.

Jimmy Fallon Interviewed His Wife For The Tonight Show: At Home, and I Love Their Love
Previous Next Start Slideshow
Jimmy FallonJustin TimberlakeCelebrity FactsCelebrity Friendships

Khloe Kardashian
What to Know About Michele Morrone, the "365 Days" Star Recently Spotted With Khloé Kardashian
by Njera Perkins 15 hours ago

Sophia Bush
Sophia Bush, Hilarie Burton, and Bethany Joy Lenz Have a "One Tree Hill" Reunion on the Red Carpet
by Yerin Kim 17 hours ago 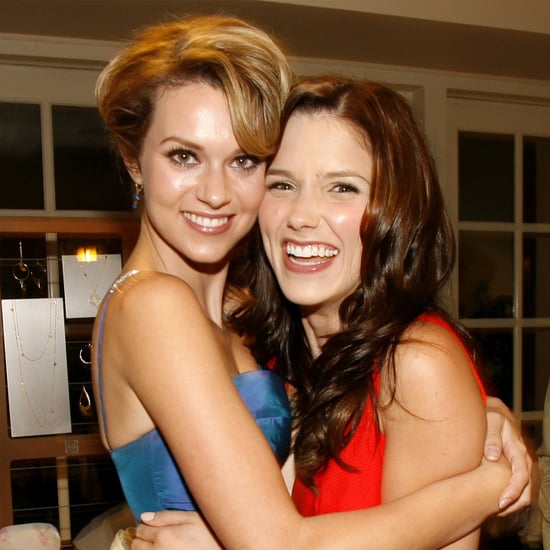 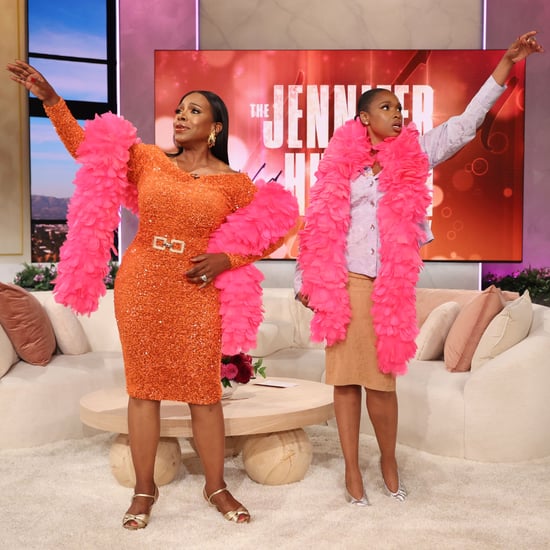