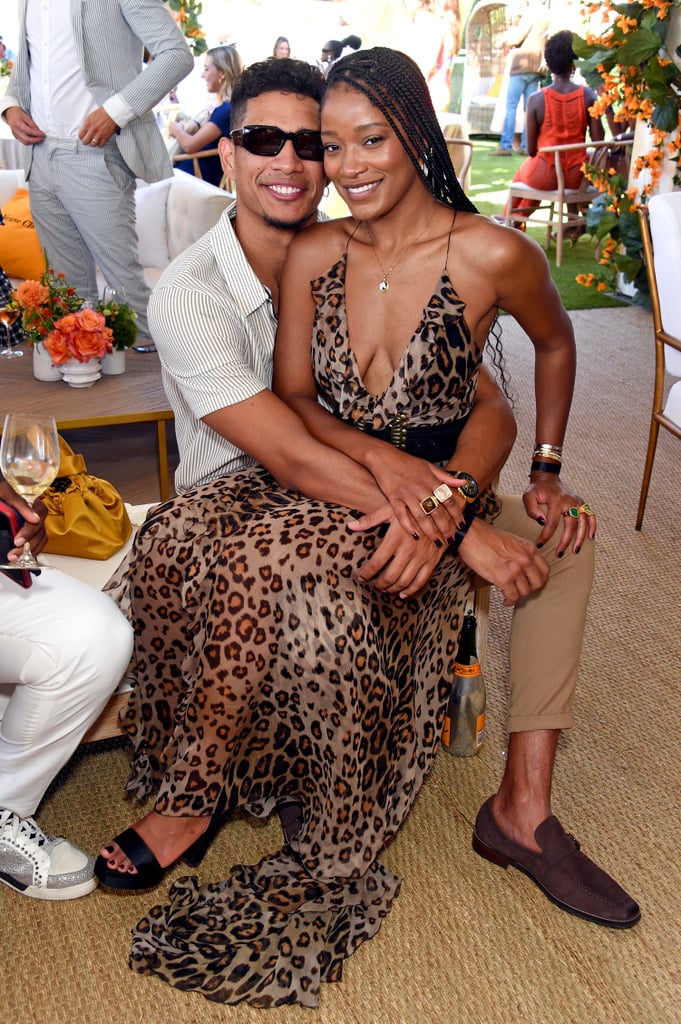 A Timeline of Keke Palmer and Darius Jackson's Low-Key Relationship

"There's some rumors going around, people have been in my comments saying, 'Keke's having a baby, Keke's pregnant,' and I wanna set the record straight — I am!" Palmer said during her opening monologue. "I gotta say, though — it's bad when people on the Internet spread rumors about you, y'all. But it's even worse when they're correct!" She later added: "This has been the biggest blessing, and I am so excited, guys — I'm going to be a mom."

Palmer's boyfriend is the brother of "Insecure" alum Sarunas Jackson. He's also an aspiring actor himself, per Elle, and works as a fitness instructor at Inspire Fitness Studio and runs a fitness YouTube channel, according to Us Weekly.

Aside from a few romantic Instagram tributes to each other, Palmer and Jackson have kept their relationship relatively private over the years, but here's what we know about their romance.

Eminem
Eminem's Daughter Hailie Jade's Relationship With Evan McClintock, From College to Getting Engaged
by Eden Arielle Gordon 2 hours ago

Celebrity Couples
From 50 Cent to DeVon Franklin, All the People Meagan Good Has Dated Over the Years
by Alicia Geigel 4 hours ago

Adele
Adele and Her Boyfriend, Rich Paul, Turn the Grammys Into a Glamorous Date Night
by Monica Sisavat 22 hours ago