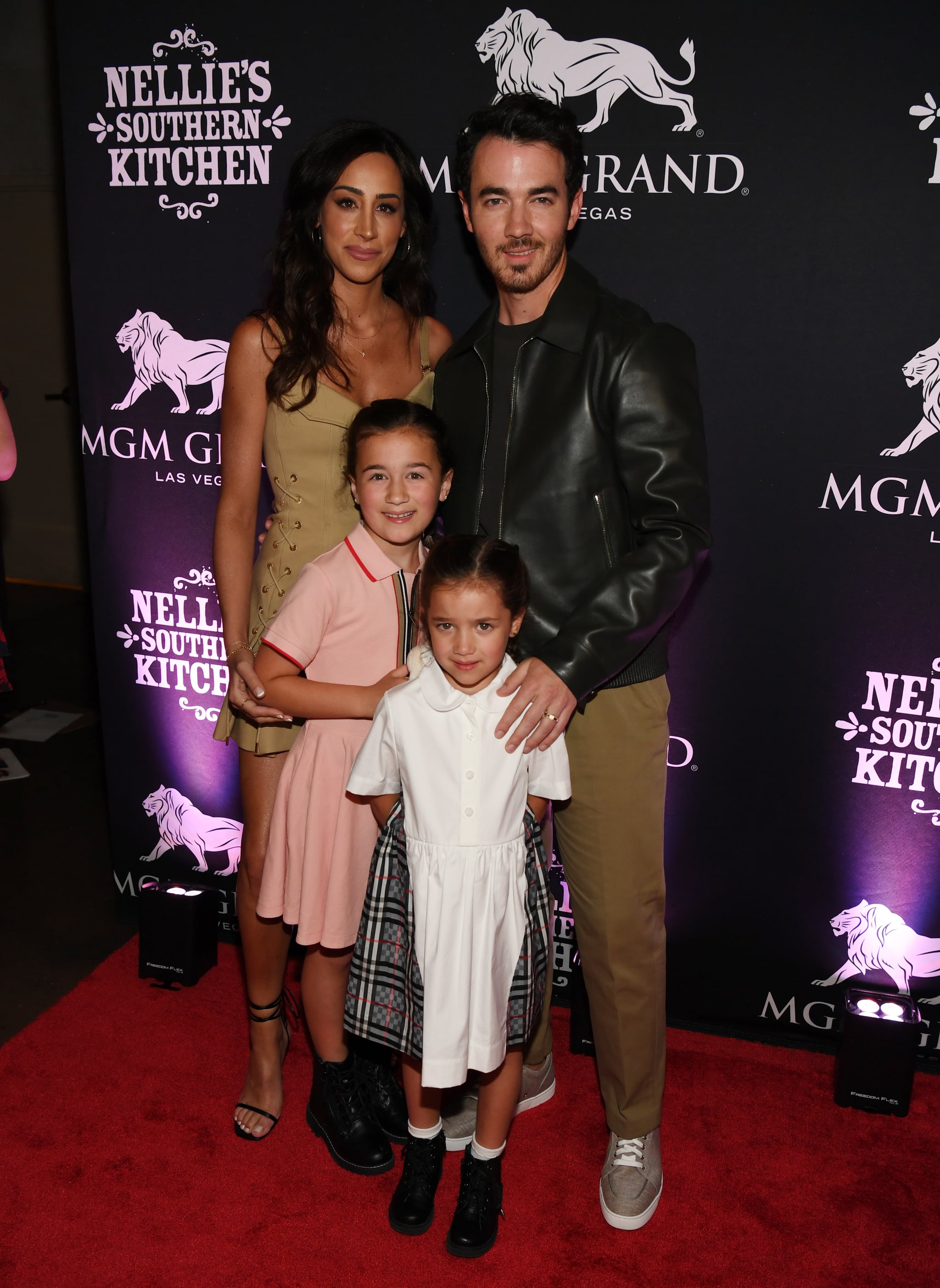 As Kevin Jonas's daughters have gotten older, he and wife Danielle Jonas have had to aid their girls in dealing with both the good and bad that comes with the Jonas Brothers singer's fame. From joining dad on tour to making friends, Kevin says he's always putting what's best for Valentina, 5, and Alena, 8, first.

"I never thought I'd see a day again where I'd be able to perform when my girls would see it," Kevin, 34, says in a recent interview with POPSUGAR about his Wells Fargo Active Cash Card partnership. The guitarist became a dad of two during the Jonas Brothers' nearly six-year hiatus from 2013 to 2019. Being on the world stage as a father is "a different dynamic, honestly," Kevin says.

"We try to always be together as much as possible, especially during a tour."

Balancing all that and "finding time together" takes always-open lines of communication with partner Danielle, he says, joking: "You should see our home family calendar. It is insane." Elaborates Kevin, "I think communicating is key. Whether me and Danielle are working really hard to spend as much time together with the kids and deciding when to bring them or when not to bring them. And we try to always be together as much as possible, especially during a tour. It doesn't always work out that way because kids have to be in school. But we do the best we can."

Alena and Valentina's understanding of and excitement about their father and uncles' amplified platform varies, Kevin tells POPSUGAR. "I think we're cool until their friends start asking questions at school, and then it becomes a little weird," he says, candidly. "So, it's been something to navigate . . . [There are] conversations that we've had with our older daughter, specifically. I've had to have the 'Are they friends for the right reason?' conversation with her. And that's really unfair."

"It's not her life that was in the spotlight, and yes, we posted pictures of her or whatever . . . but it's not always as easy and as cut-and-dry as, 'Oh . . . she's a Jonas. It doesn't matter.' No, she has her own life. And she is her own person, and we will support that no matter what."

Kevin's dedication to his family is obvious throughout everything he does, including recently teaming up with Danielle on their first children's book, "There's a Rock Concert in My Bedroom." Says Kevin of the cowriting experience with his wife, "I love doing things with Danielle, whether it was 'Married to Jonas' back in the day, it was always so fun to work with her."

Related:
Kevin Jonas Says He "Was Surprised by Everyone" on "Claim to Fame"
Danielle JonasKevin JonasMusicCelebrity KidsCelebrity Interviews