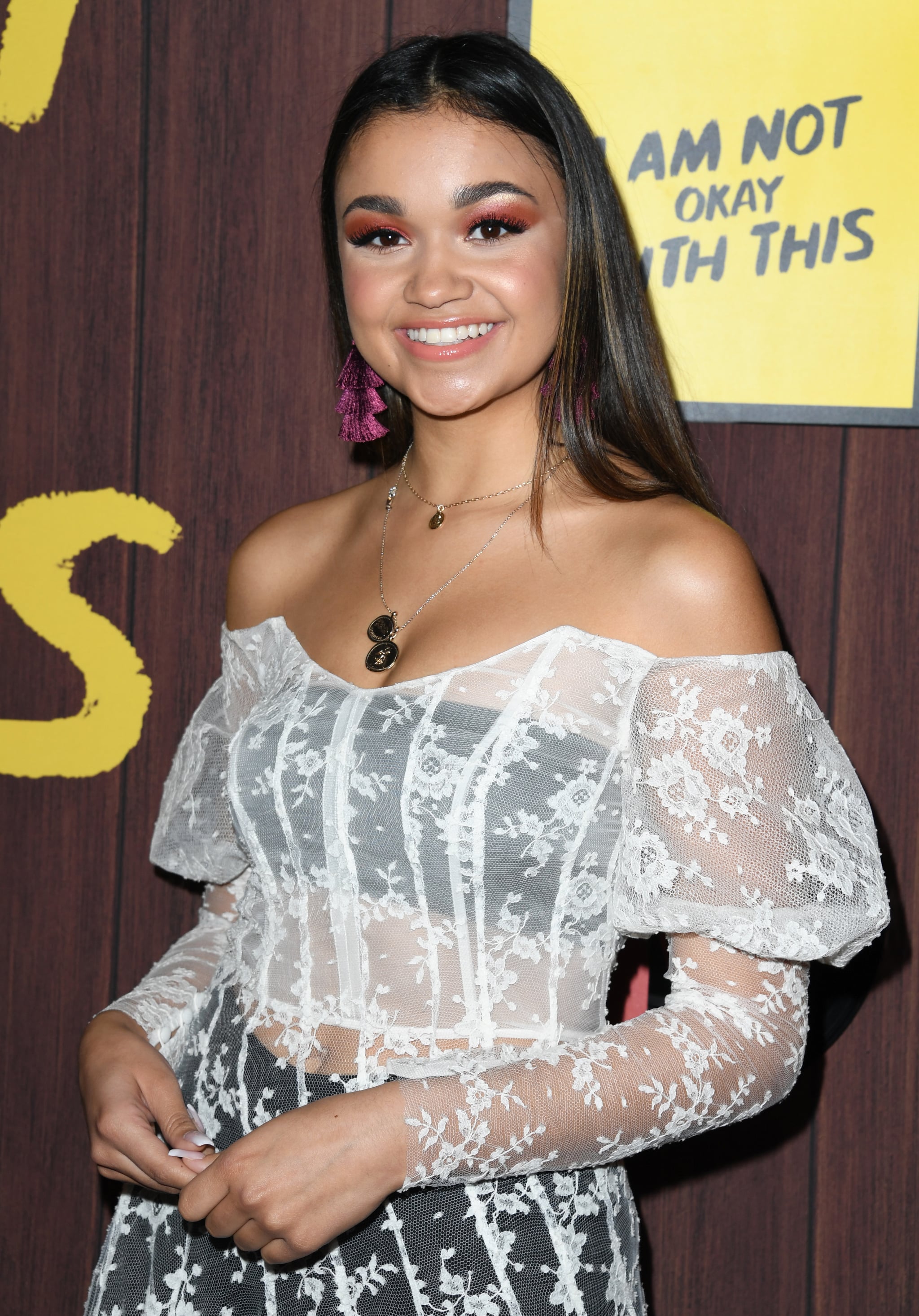 Madison Bailey recently came out as pansexual in a video on TikTok, and on Wednesday, the 21-year-old Outer Banks star participated in an insightful Instagram Live "Mental Health Q&A" with fellow actress Lacy Hartselle. Madison further opened up about her sexuality, discussing how freeing it's been to be so transparent and how supportive those close to her have been.

"Being open and honest feels so good!"

Related:
The Current Relationship Statuses of the Outer Banks Cast — Who's Single and Who's Taken?

Earlier this week, Madison also revealed that she's dating UNC basketball player Mariah Linney after the two connected on TikTok. "I feel zero shame, and I don't feel that way because nobody's ever really shamed me for it, and I know a lot of people have had a lot of hate and lack of support. I know so many, countless stories of queer people that did not have support," Madison said. "But if you're asking me personally, that's just my experience with it. It was worth it. I feel lighter, I feel happier that I can just be so open and honest. It feels nice."

Madison ended the Q&A by urging fans to be open about their sexuality. "If you're gay, tell everybody that you're gay. It's worth it," she said. "I was saying this the other day — I was like, 'To be honest, I don't believe in straight people. They're as real as unicorns to me.'"