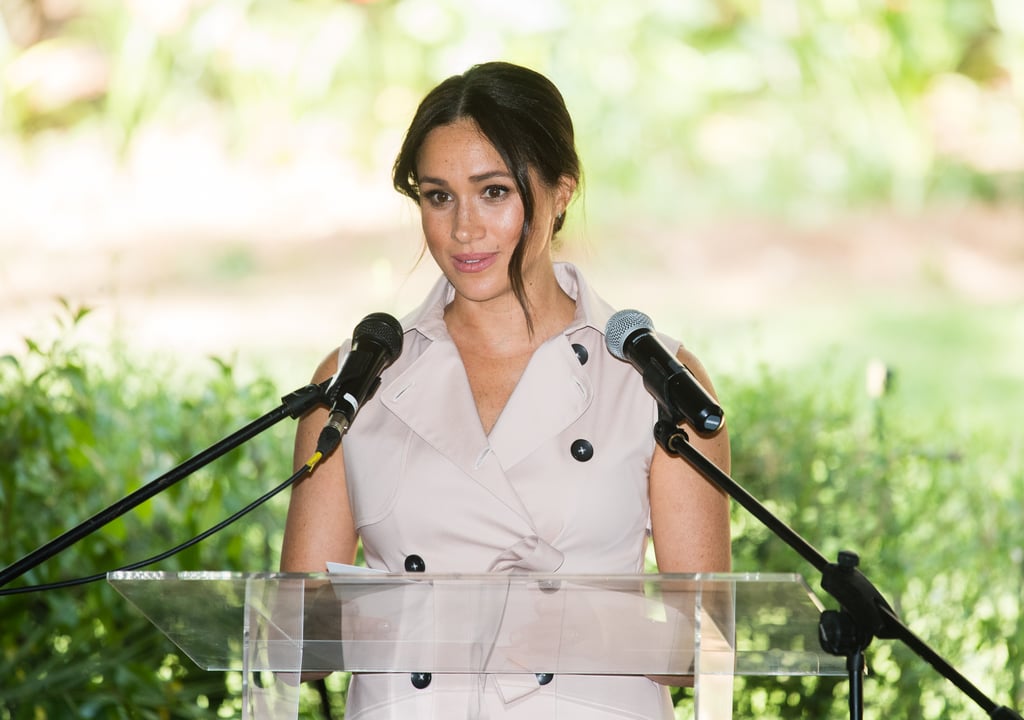 Meghan Markle is ending her 10-day royal tour of Southern Africa with an important message for young people all over the world. On Wednesday, the Duchess of Sussex and Prince Harry attended an afternoon reception at the British High Commissioner's residence, where Meghan delivered her final speech of the trip.

"In a world that can seem so aggressive, confrontational, and dangerous, you should know that you have the power to change it."

"I remember being a young girl watching TV and seeing what was happening in the world, and frankly, often feeling despair. When you constantly see and hear negativity, it can be overwhelming; you can feel powerless, and lost, you can feel different, confused, or like you just don't belong," she began. "In a world that can seem so aggressive, confrontational, and dangerous, you should know that you have the power to change it."

Meghan then ended her speech by emphasizing how important it is for everyone to be heard and respected. "If you live your life in that way, your generation will start to value each other in ways the rest of us have not yet been able to do so," she said.

Meghan and Harry's stop in Johannesburg marks the end of the couple's Southern Africa tour. It also comes just a day after it was announced that the Duke of Sussex had filed a claim against British tabloid company Associated Newspapers "over the intrusive and unlawful publication of a private letter written by the Duchess of Sussex" as part of a campaign to "publish false and deliberately derogatory stories about her" and him. In addition to the claim, Harry also released a statement on the official Sussex website, comparing the "bullying" of Meghan to that of his late mother, Princess Diana.