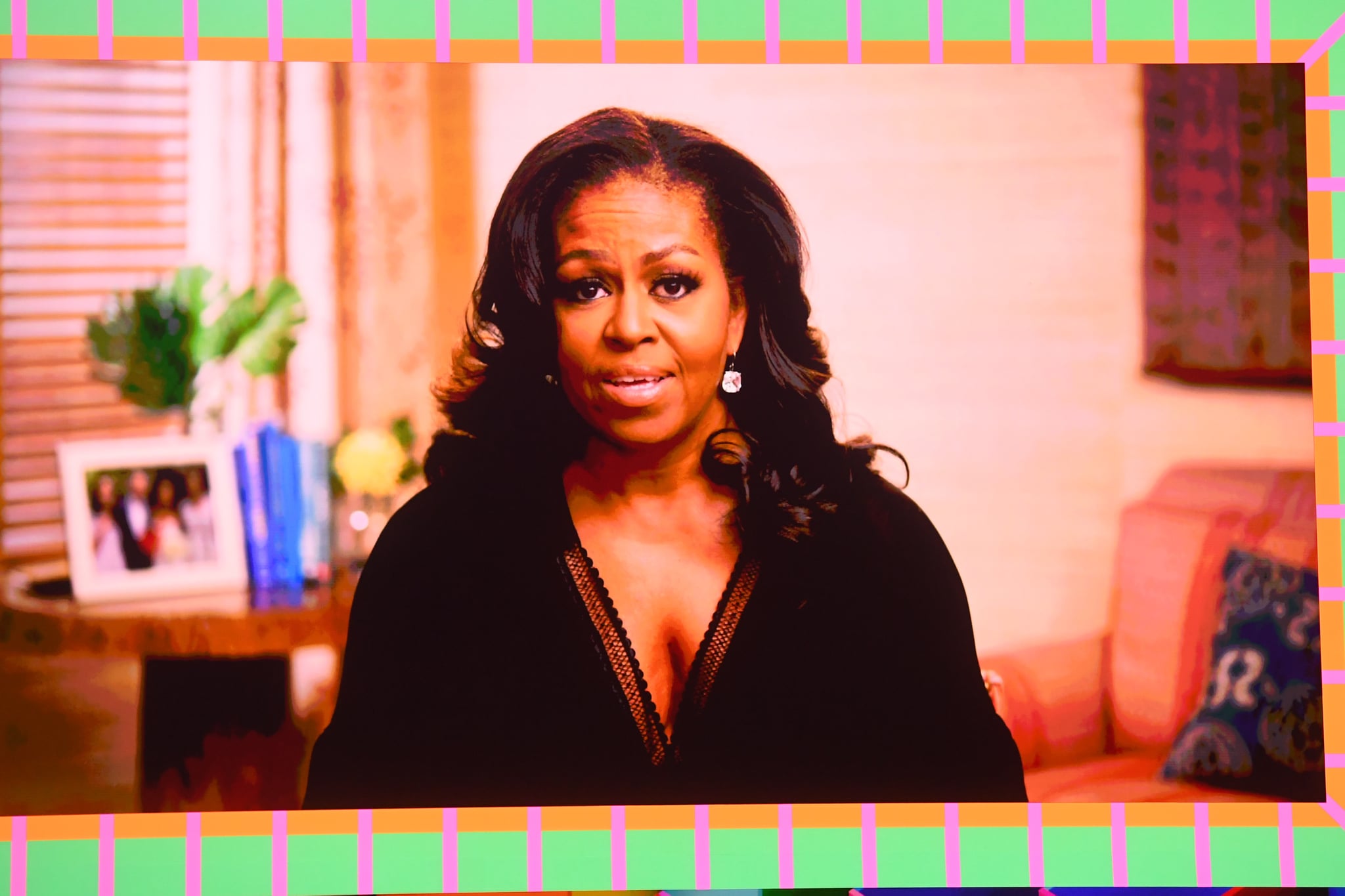 Michelle Obama made a surprise appearance at the 2021 BRIT Awards on Tuesday to honor the one and only The Weeknd. While presenting him with the award for international male solo artist, the former first lady praised the singer for cementing himself as one of the "biggest names in music" and for all of his philanthropic efforts.

"He's made his impact not just on stage and in our earbuds, he's also donated millions to causes like COVID relief and Black Lives Matter," Michelle began. "He's helped feed those displaced by violence in Ethiopia, he's funded assistance for survivors of the explosion in Lebanon, so let's just say, in a tough year, he's provided a light that's pretty blinding and given us all a reason to dance." In addition to taking home an award, The Weeknd also delivered a rainy performance of his hit "Save Your Tears." Congrats to The Weeknd!

Related:
Michelle Obama Is Concerned About the Racism Daughters Sasha and Malia Will Experience