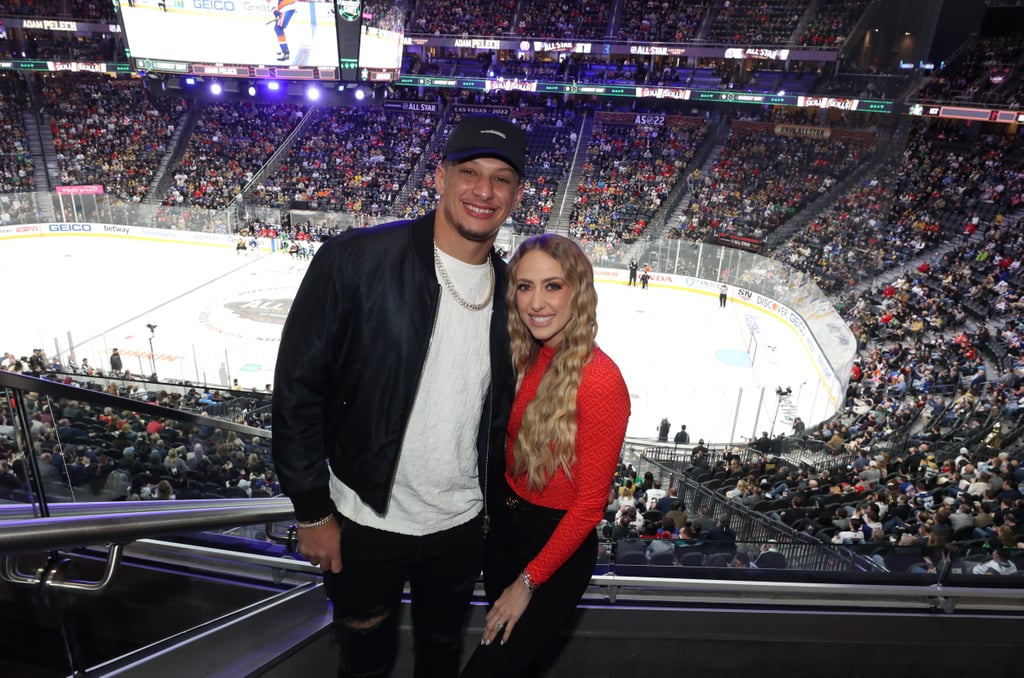 Little did Patrick Mahomes know that when he was calling plays from the football field at Whitehouse High School in Texas, the same woman cheering his name from the stands would be cheering his name from the sidelines years later at the Super Bowl. The Kansas City Chiefs quarterback and his wife, Brittany Matthews, have such a beautiful love story, dating all the way back to high school — from prom dates in 2013 to becoming parents in 2021 — and we can't help but gush over their relationship.

In September 2020, Patrick proposed to Brittany following his Super Bowl ring ceremony, and later that month, the couple announced that they were expecting their first child together. Not too long later, the duo surprised their closest friends and family members with an adorable gender reveal involving pink paint and their two dogs, Steel and Silver. In February 2021, they welcomed their daughter, Sterling Skye Mahomes, and a year later, they tied the knot in Hawaii.

Brittany reflected in an Instagram post on the highs and lows of 2020, which was undoubtedly a big year for them. "A year to never forget, in many many ways!!" she wrote. "There was lots of negativity and hate, but there was still a lot of good and positivity! Doing it alongside @patrickmahomes made things a little easier, he's my better half and just the greatest 🙏🏼❤️. From Patrick winning a Super Bowl, to signing a new contract, to a world pandemic & quarantining, to standing up for what we believe in & fighting racism, to buying a house, to many vacays with our friends, to making a BABY, getting engaged, to signing with some pretty amazing companies, to rebranding Brittany Lynne Fitness and launching my new merch & new workout guide, to showering my baby girl with my family & friends, & becoming an Owner of a NWSL team in KC, 2020 you were a good one to us🙌🏼🙏🏼❤️ #CHEERSto2021."

Not only do they inspire each other on the daily, but they also inspire us with their couple workouts and unwavering love for one another. Check out cute photos of Patrick and Brittany ahead, and see why they'll always be each other's number one fans.