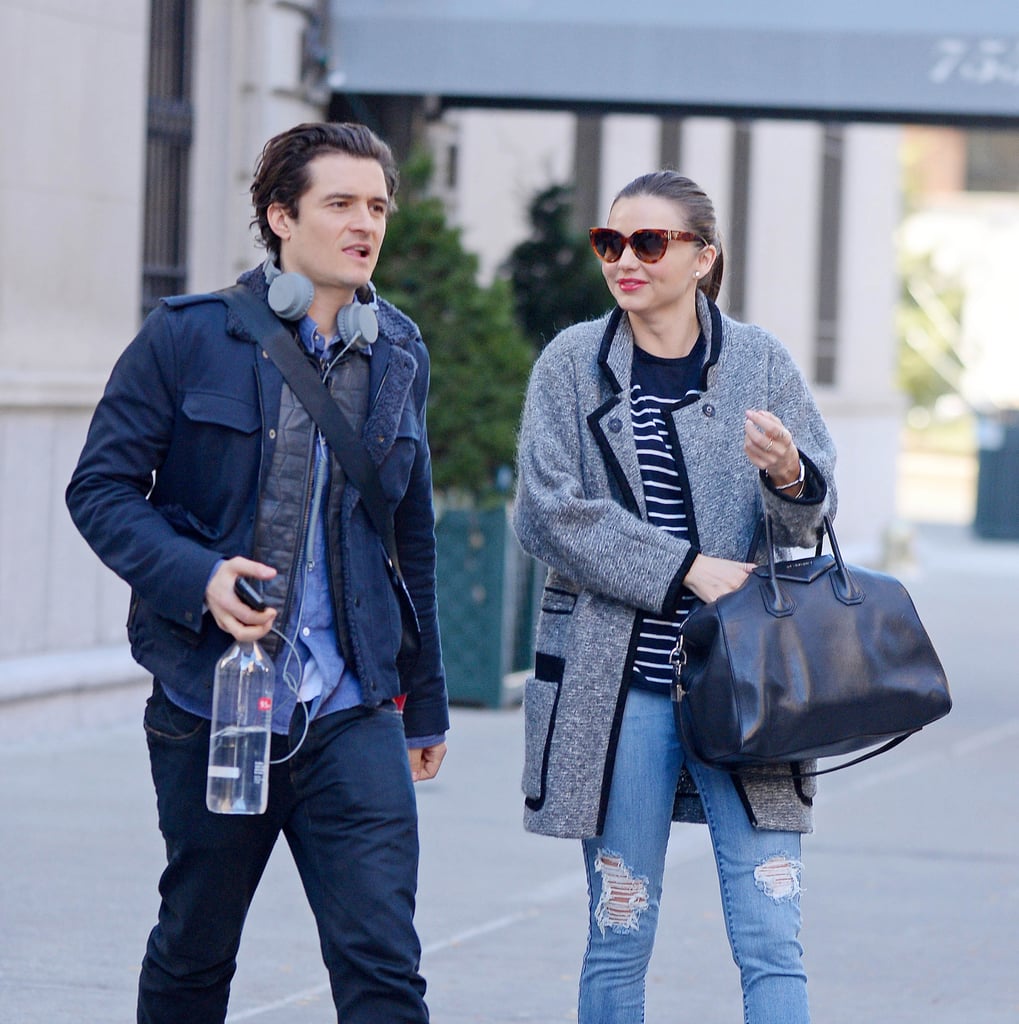 Miranda Kerr and Orlando Bloom announced in October 2013 that they had separated after three years of marriage and also revealed that they had been broken up for a few months. The couple began dating in 2007 and tied the knot in July 2010. Their son, Flynn, was born the following year. Since making their split public, Miranda and Orlando have been spotted out in NYC together smiling, chatting, and even exchanging quick kisses on the cheek. When a reporter asked Orlando if he was still friends with his ex, he said, "We're not friends — we're family."

Orlando cooked up a romance with singer Katy Perry in February, while Miranda got engaged to Snapchat founder Evan Spiegel in July.