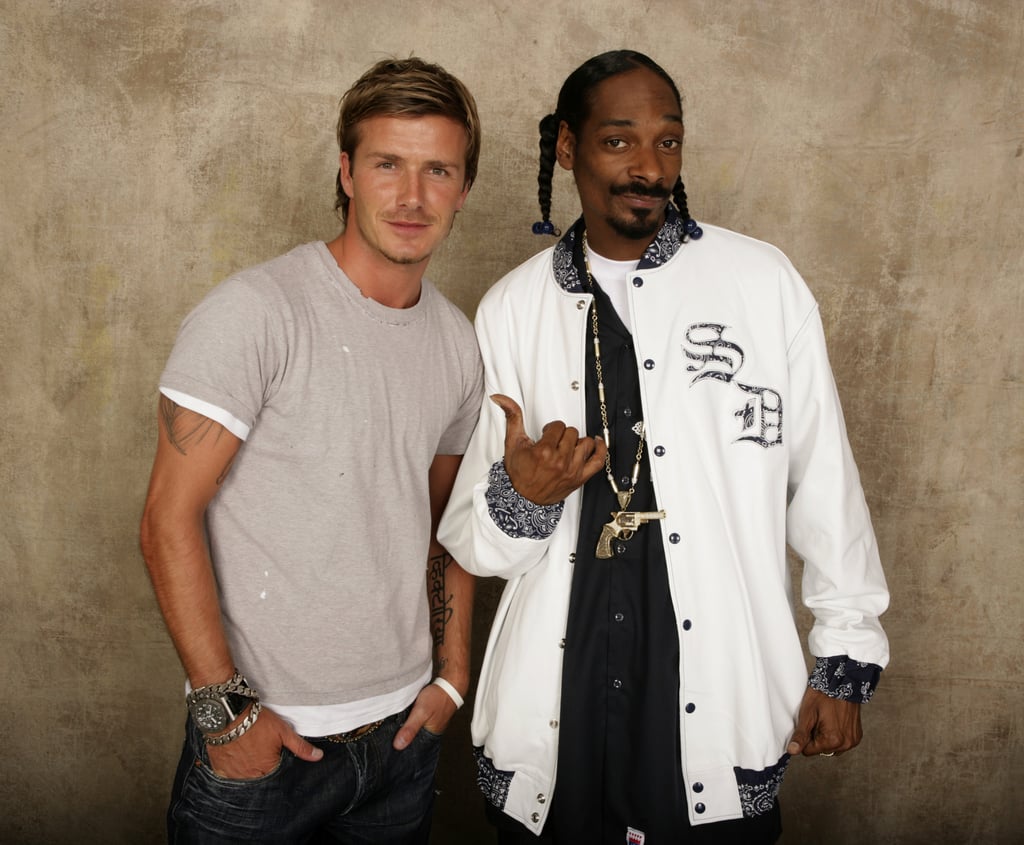 David Beckham and Snoop Dogg became friends in 2008, not long after David and his family moved from London to Los Angeles. David appeared on an episode of the rapper's reality show Snoop Dogg's Father Hood, and the rest was history. Snoop told the UK Mirror in 2011, "Whenever I make a record, I give him a copy before it's done. He's like a brother. I'm gonna show him to rap, for shizzle." He added: "He's my boy. I love soccer just as he loves hip-hop. Beckham needs to keep doing what he's doing — he's a great father."

Celebrity News
Chrishell Stause Calls Out PCAs For Not Allowing Her to Bring G Flip: "I Was Fighting to Get Them In"
by Njera Perkins 11 hours ago

The Royals
Prince Harry Jokes About His and Meghan Markle's NYC "Date Night": "We Don't Get Out Much"
by Noelle Devoe 11 hours ago