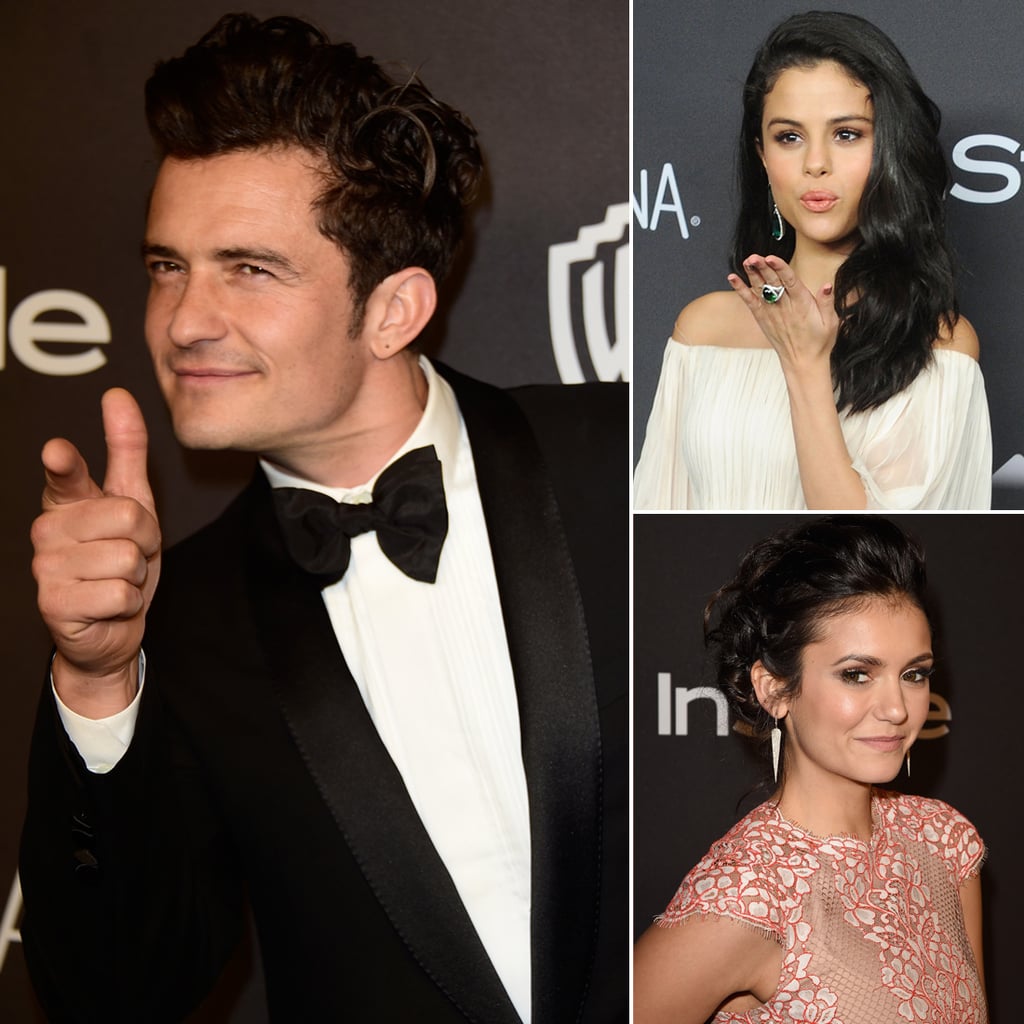 Orlando Bloom was rumored to have hooked up with both Selena and Nina in 2015, and all three of them were at the InStyle and Warner Bros bash. He and the stunning singer reportedly started getting cozy in March and were spotted hanging out as late as July — they also got wrapped up in a bizarre love square (?) that also involved their exes Justin Bieber and Miranda Kerr and resulted in a nightclub brawl. Yeesh.

Orlando and Nina, however, were seen "making out for 20 minutes" at Comic-Con in July. Needless to say, this may have been one awkward evening.

Ariana Grande
Ariana Grande Links Up With BTS at Grammys Rehearsals, and Hey, How About a Collab?
by Kelsey Garcia 8 hours ago

Celebrity Instagrams
They're Here! Meet the New Celebrity Babies of 2020
by Mekishana Pierre 7 hours ago